Dusty Saddle Publishing released the second volume of it’s popular “Shorty U.S. Marshal” series yesterday. An outstanding achievement that pays tribute to one of the greatest Western authors of our time—Paul L. Thompson. From that book I republish with permission the introduction…

“How surprised we were! The first volume of “Shorty: U.S. Marshal” was such a success with readers that we quickly had to put together a second volume. Now, it says a lot for the writers involved in this set that they can put together quality stories so quickly. We had planned to release this second volume in the middle of July—but it just couldn’t happen. Readers wanted it now! So, it’s here, and we believe you will enjoy this set tremendously.

First up, there’s Jim Burnett—a new signing for Dusty Saddle Publishing. He’s an inspiration to work with and has a style of writing that readers should find to be very pleasing. We will be putting several stories from Mr. Burnett onto the market, and you will probably find him on your reading list.

Mark Baugher—the man who had a motion picture made of his first book. Yes, Mark climbed that high mountain and managed to come away with a top one hundred bestseller, a top twenty bestseller and… a movie adaptation of his first book, “C-Bar.” The world is definitely taking to his great writing style.

Scott Harris makes a classic appearance within the walls of this collection. Not only is Mr. Harris one of the biggest sellers at DSP, but he’s a fine, fine writer who has a million ideas. All of his releases with Dusty Saddle have been great successes. How do we know that? Well, when a writer racks up five consecutive top twenty hits, you know he’s got something going. Harris is supernatural when it comes to writing Westerns!

And then there’s David Watts—a top selling author who scored over one million pages read of each of his three Westerns. He has something new heading to market soon—and has a new series in mind. There’s talk that Mr. Watts may soon have one of his books turned into a big screen adaptation… so keep your eyes peeled for that event!

And now a word about Juliette Douglas—a great writer who wins awards and readers’ hearts around the world. Hers is a writing style that says everything you need to know about Westerns. It’s traditional, classy, intelligent writing from someone who understands the feel and touch of the Western novel. She’s destined for greatness, and Dusty Saddle Publishing hopes to bring you more great stories with her distinctive style! Let’s keep asking Juliette for more stories, and maybe she will supply us with one or two.

And now the main feature has arrived. Five top stories that all concern one of the great Western writers of today. His name is Paul L. Thompson, and these are stories that pay tribute to his considerable talent.

This is Dusty Saddle Publishing wishing you an exciting reading adventure!

We added two stories from the first volume to give readers who try this set first a taste of that first blockbuster collection.

We also added a taste of the latest M. Allen bestseller at the back to get you up to speed with one of the most popular Westerns of today.”

And where can you find this set? Just click the cover below to grab your copy for 99 cents! Great Western entertainment at a low, low price! 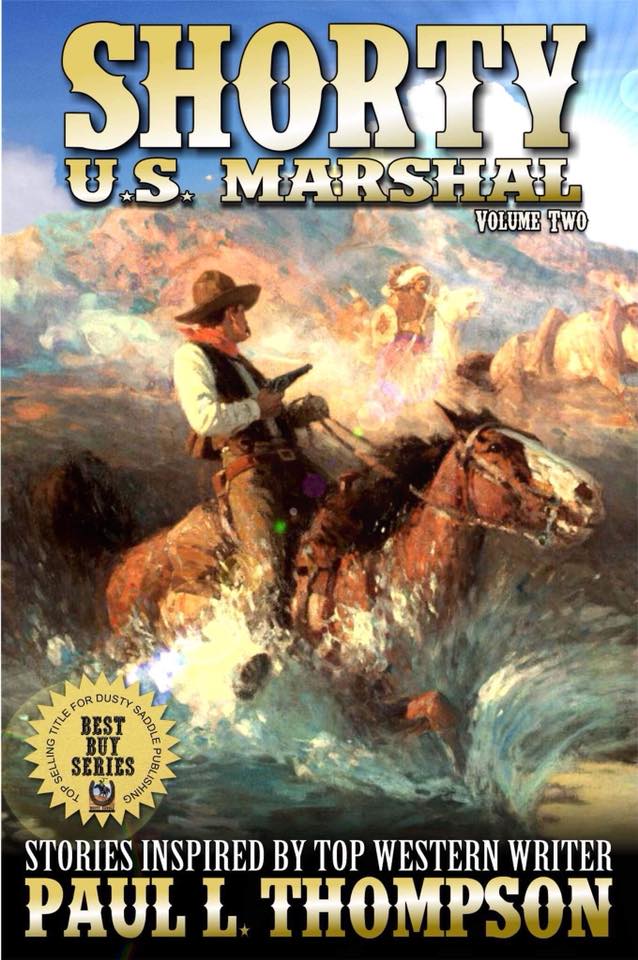