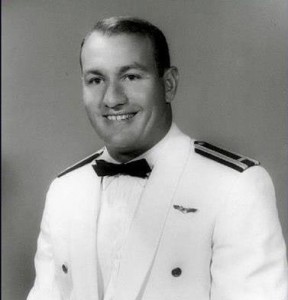 Mike Trahan, Texan, American, Writer, Father, Pilot, Veteran etc gave me some of his time yesterday. He has already released two books this year, both of which, were considered to be exciting releases. I heard from his publishing team that he had a third on it’s way… A THIRD? I wanted to know more…

“I have got the third installment of “The Gift” on the way,” Mike drawled in a way only Texans can. “I want to spend some real time on this one, it’s important to get it right.”

It has been stated that Mike has one of those photographic memories. He seems to know fascinating facts from his early years. He has a knack for bringing out what he was doing in 1974, as fascinating as what he writes is, many find the fact he can remember those details a wonderment in itself.

“Nick,” Mike said sternly with a smile. “I kept notebooks and diaries for many years. There is no secret, it was just a case of writing what happened down at the time.”

Yet, even with the everyday details, Mike sternly disagrees with putting too much detail in his books. “I just can’t see people wanting to read what I had for breakfast. I keep to the truth, the facts. I keep to the exciting bits and keep the less exciting bits in the diaries.

I asked Mike if he would ever publish his diaries. He refused point blank to even consider it. “Those are private and I don’t want the world knowing my whole private life. I take what I need from them, and the rest is for my eyes only.”

It was only a few months ago that Mike was just another American retiree. Since the release of his first book he has been busily attending to his growing fanbase. His home-town signing was attended by most of his town of West Orange, Texas.

“Of course, I knew when all the women in West Orange were discussing my book… It was a hit,” Mike related with a chuckle. “If the women are talking about it then you can bet word gets around.”

When Mike retired from flying for Delta a few years ago, he thought his retirement would be quiet, it’s a fact that in some ways it has become busier. “I just think things happen that make it more exciting to be retired,” Mike told me. “I want to keep on writing and I believe that this third book will be my best so far.”

Mike Trahan will be appearing on the weekly book hangout in a few weeks. “Nervous?” Mike teased. “No, I don’t get nervous anymore.”

“I just want to keep on writing as long as I can,” Mike said suddenly. “I really feel at home with it.”

The Gift: Part 2 is currently on sale! Get your copy here!

Check out these other great articles about Mike here and here!