A Dictionary Definition of Mike Trahan…

An Open Letter to Indie Authors on the Importance of Marketing

An open letter penned to all writers from one of the bestselling independently published authors of today. Lloyd Tackitt! 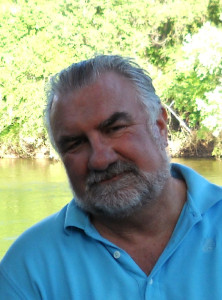 Fellow Independent Authors:  Promoting our books is half the battle.  The other half of course is writing a book.  If you’re like me, you have barely enough time available to write.  I work a day job and have a long commute leaving me precious few hours to write.  Writing must come first or there is nothing to promote.

After the book is published we’re now faced with the dismal (but painfully real) fact that our new book is just one of hundreds of thousands of new books.  If we don’t do something to make it stand out, significant sales don’t happen.  How do we get the readers to notice our book?  We are forced to become involved in marketing, and that is time consuming – which means we’re not writing the next book.  It’s a downward spiral.

It’s downward because I don’t understand marketing, and frankly I would rather be writing anyday. I love to write – I don’t love marketing, I don’t even like marketing.  So I figured I would just keep writing and worry about marketing some other day.

Then I met Nick.

Nick is this cool British fellow that is determined to make a living by marketing books for Indie Authors.  He recognized this niche, this need that exists and needs to be filled.  So he is filling it.  Nick makes marketing easy – a couple of brief conversations; he asks you a few questions about how you would prefer him to proceed – then the results start popping up.  I engaged Nick to pre-promote my latest book, to build that “buzz” we so often hear about.

Nick did just that.  As a test, run a Google search on my book, or my name, and notice how many of the results are due to Nick’s efforts.  It’s amazing.  You’ll see the tie-in easily.

My latest book, Eden’s Warriors, sold over 2,900 copies in the first 27 days – and get this – it was listed at No. 1 in Amazon’s top new hot releases for its genre for over three weeks.  If you are discerning, you are wondering how much of that was due to Nick’s efforts.  Well, so is he and so am I.  I wish it could be defined, but there is no way to do that.  Some of the success is due to this book being fourth in a continuing series, some due to a mention or two on blogs, and some is due to Nick’s creative genius.

While I can’t tell you what percentage of sales is due to Nick, I can tell you this:  For the very low prices that Nick charges I am way more than certain that his impact on sales far more than paid for the marketing costs.  I am also certain that the substantial up-tick in sales in the UK are because of Nick.  Sales across the pond expanded by a factor of 600% since he began his campaign, and I can think of no other reason for that.  Having sales doing nicely on two continents is a bonus I wasn’t expecting and love having.

Summary:  Nick is an excellent marketeer that charges decently low prices and does extraordinary and creative work.  I recommend him highly to all Indie Authors.  In fact, I’d recommend that you grab onto him before he wises up and starts charging an arm and a leg like most of his competition does.  Myself, I plan on using his services again and again.