An Open Letter to Indie Authors on the Importance of Marketing

A Dictionary Definition of Mike Trahan…

Mike Trahan: A man who doesn’t give up and keeps on pushing until his objective is achieved. His first book “The Gift” was a startling success. From Amazon buyers to signing sessions, Mike is a winner. His second book is called The Gift Part Two- The Airforce Years. It is available now.

“In the first book of this series, The Gift, we followed Mike Trahan’s flying career from its beginning when he started flying at age fifteen through his graduation from U.S. Air Force Pilot Training. In this volume, we follow Captain Trahan for the remaining three and a half years of his active duty in the Air Force, wherein he flew the C-141 Starlifter jet transport and the AC-47 “Spooky” Gunship in Vietnam. Come along and fly with us…”

“This book is a stunning example of a book well done.” J.W Northrup, author of “The Gold Slaves”

“I have never enjoyed a book more.” Cliff Popkey, author of “Pirates Plunder” 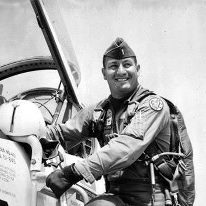 Preview
Spooky 42 Regeneration Troops in Contact
Flight Log: June 14, 1969
Aircraft Commander: Captain Stubitts
Navigator: Schnatter
>Total time: 2+15 Rounds: 21,000 Flares: 40
We had just finished reloading fuel, flares and ammunition when we were scrambled again. Going up again on the same mission call sign was called Mission Regeneration. This time there was some action just north of Nha Trang, along a major highway. One of our truck convoys had been attacked. We spent a couple of hours suppressing that attack too. It was a busy night for us. The sun was just coming up when we landed.

At our intelligence briefing the next night we learned that Stubitts had killed twenty-five of the enemy and wounded dozens more on the Dalat mission, and a dozen more on our second sortie. Because of the nature of the threat and the good work he did, Stubbits was put in for a Distinguished Flying Cross for that mission. I was too, but I refused the recommendation because I was just riding along. I figured I would have my chance when I got in the left seat.

The copilot’s job, during these firing missions, was to keep the Aircraft Commander out of trouble. Specifically, he was there to keep him from losing control of the aircraft. As I explained earlier, it can get very intense in the AC-47 firing pattern. We are flying in the dark of night, around a two million candle power flare which is also putting out copious amounts of smoke, in a thirty degree bank and firing from one to three mini-gun machine guns at the enemy. An enemy, who may or may not be firing back at us. As you can see, it would be very easy for the pilot doing the shooting to lose his concentration on flying the aircraft. That is why the copilot was there.

Mike Trahan wrote the second instalment of his spellbinding biography- The Gift: Part 2, finally! I was given a pre-release copy to read and review. What can I say? Not only is it one of the most fascinating books I have ever read, it has topped his first book “The Gift.” (Click here to read my review of Part 1.)

Hard to do? Well, yes, the first book was one of those biographies that kept the reader turning the pages. The mounds of 5-star reviews it received pretty much proved that it was a slam dunk from the start. Now, I was one of the first guys to review that book and frankly, I loved every moment of it. I learnt about myself, as well as about Mike Trahan.

Who is Mike Trahan? Mike is one of those guys from Texas you instantly want to share time with. He has stories, experiences and memories that most people will never attain. He was a pilot from the get-go, he went to Vietnam, came back and settled down with his family and became the ultimate family man. He doesn’t brag, boast or beg. He has a very conservative attitude towards the people he spends time with. Mike Trahan is a man you don’t mess around, but you can be sure if he likes you, he will be there for you.

All of this comes across clearly in his book. He has a way of making you feel like his best friend as he pours his life story out for you to read. He is talkative, jolly, friendly at times, but always with a hint of seriousness- any man who witnesses war will have that streak of seriousness. This book is about the Vietnam War- Mike tells it as he experienced it.

This volume has a harder edge to it than the first instalment. We are taken from Texas to a living hell. We are taken on flights that must have terrified and missions that honoured a country. We are told a love story, we are taught about the true meaning of a patriot. Mike Trahan pours his heart out with emotion, vigour and beauty as we are taken with him on a voyage of destruction and re-birth.

This book is another 5-star volume. You can’t afford to miss this one. If you do then you will be missing a part of history you can’t find elsewhere. 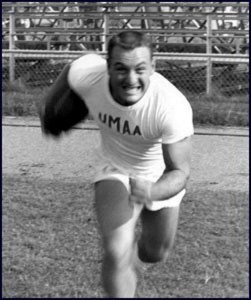