REBLOG: How To Write A Bestseller With Western Writer Scott Harris: Mile 13: Surround Yourself

With the great success of the “Caz: Vigilante Hunter” series from Scott Harris– it’s pleasing to know that the third adventure will be available for readers to purchase in just a few days. This great new release will take Caz on a brand new journey that should please fans of the first two books in the series.

Book one and two have both been riding the charts since release. The series tells the story of brave man of the west Caz, 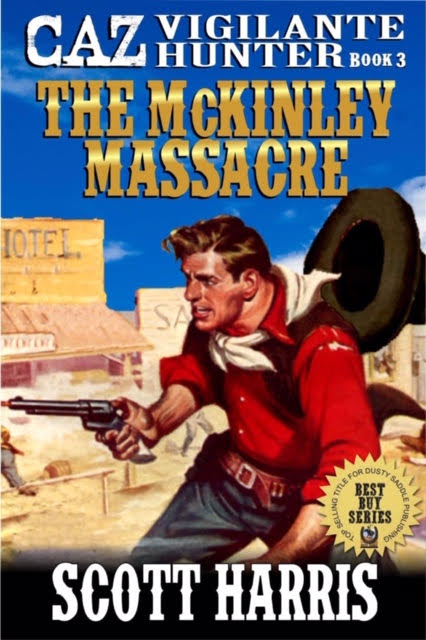