With the great success Robert Hanlon has been having with his “Timber: United States Marshal” series… it was only a matter of time before the seventh book was scheduled for release. As you can see… the cover art has been created and has now been announced. Keep your eyes open for this great new release in the Timber series! A hit novel from one of the great Western sellers of today! Did you know that all six of the previous books in the series have been top ten successes? Surely, fantastic cover art like the one below, is part of the success story! 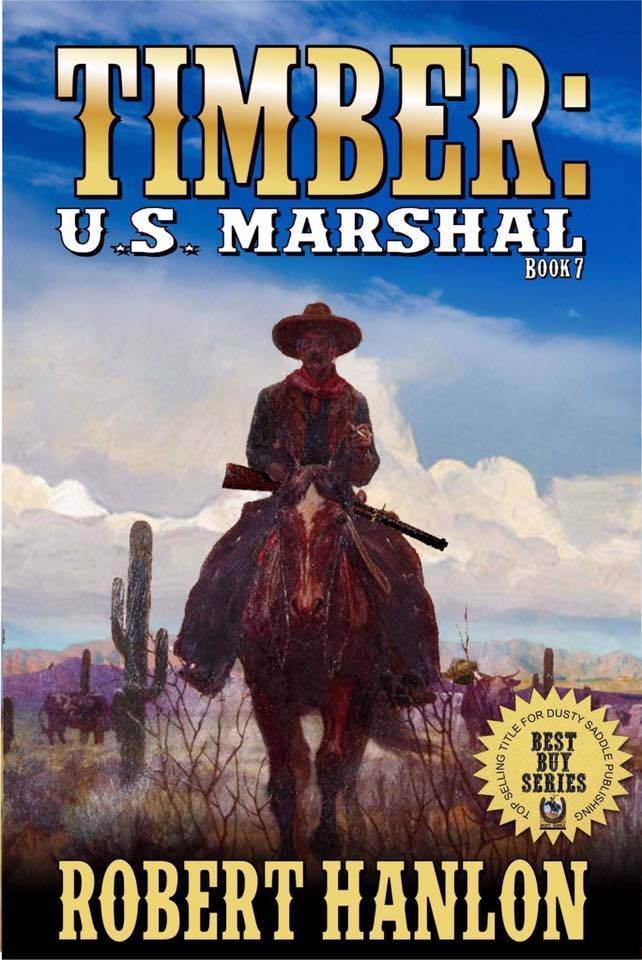