“Wild One” Rydell Pens a Whole Lotta Memoir: A Note for All Lovers of Music Looking for Books to Read 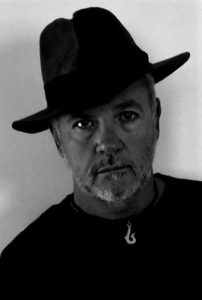 For most of us the legends of the Old West are just characters in stories. For B.W. Hedgepeth they are a reality. B.W. is a living descendant of Western folk legend Marion Hedgepeth. “The Debonair Bandit,” his new book, tells the story of Marion Hedgepeth as it’s never been told before. This is one Western you won’t want to miss!

What inspired you to write “The Debonair Bandit?”

For several years, I had been contemplating writing a book. Have the story line in my head still. It is nothing like The Debonair Bandit. Then, in the process of researching my family tree, I found Marion Hedgepeth.  I found him so intriguing I just had to write about him.

Do you have a specific writing style?

I like to write from beginning to end. Just as if I were reading the book. Of course, this calls for a lot of rewrites and editing. Notes are also essential. I might come up with an idea for a chapter I’m not writing yet. I’m sure there are more efficient ways, but this method seems to suit me.

How did you come up with the titles of your books?

Not really. I write for pure entertainment purposes. If someone grasps a message, I guess that’s a plus, as long as it’s a positive message.

Are any of the experiences you write about based on someone you know or events in your own life?

I’m guilty of using life experiences–both mine and others. I’ve also used the names of people whom I have known and know, but not their full names. Might be their first name and the town they’re from. Lois Faye Simpson is an example from The Debonair Bandit. It’s a combination of my first wife and the town she’s from.

What movies have most influenced your life most?

I really can’t think of a movie that has influenced my life. I do like John Wayne Westerns. Tombstone is the best Western ever made in my opinion. I’ve seen it a dozen times and could watch it again right now. Val Kilmer nailed the part of Doc Holiday. In my opinion, he stole that movie from Kurt Russell.

By all means, Hemingway. Short sentences. Short paragraphs. I don’t use flowery words. Simple is good. It makes the story flow and the reader doesn’t need a dictionary by their side to read it.

What book are you reading now?

For Whom The Bell Tolls.

I do now. I’m retired from a real life job. I could have never done this years ago. Couldn’t have made a living at it, anyway. I just want to make enough to buy a boat. Retired people like to fish.

I was writing in elementary school. Short stories. I got in to writing poetry in my twenties. People can talk all day long and you won’t remember a word they said. Written words live on long after the person is gone.

Trying not to sound like anyone else. Original stories. Characters that people can relate to. Trying to make the story relevant to today.

Again, Hemingway. I can’t reiterate how I love his style and form.

The Debonair Bandit cover was suggested by the publisher, Outlaws Publishing. I really like it.

With The Debonair Bandit, it was the research and making my story fit around the facts. Being a historical figure, it had to fit those facts.

Patience. Perseverance. It’s not as easy as one would think.

How about this for potential readers? You are willing to go out a buy a cup of coffee from a barista that costs you six dollars and no more effort than it takes, you give them a tip. Before you even finish it, you throw the cup away without giving it a thought. A writer takes a year of his life writing a book that will give you hours of enjoyment, and you think twice about spending ten dollars for that pleasure. Spend that ten dollars. Besides, the book won’t make you jittery or stain your teeth.

What were the challenges of bringing your ideas to life?

Real life. A house to clean, bills to pay, people to deal with, animals to feed. That’s why I keep such odd hours and lose sleep. I write in the early morning hours. Less distractions.

Scarecrow. It begins with a ten-year-old slave boy who loses his parents and is befriended by the plantation owner’s daughter. Over the next eight years, she educates him and they fall in love. Forced to run away out of the fear of being hung by the plantation owner, he makes his way up north to Boston. While there, the Civil War breaks out. He eventually joins the Union Army where he becomes a seasoned warrior. Upon returning home, he sees the atrocities being committed against his people in the post war south. He takes on the persona of a scarecrow to exact his vengeance.

Catch your copy of the exciting new B.W. Hedgepeth novel “The Debonair Bandit.” 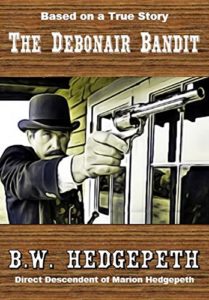