No Book Sales? Have You Discovered The Three C’s?

Poor Book Sales? What You Need Is A Change of Habit! 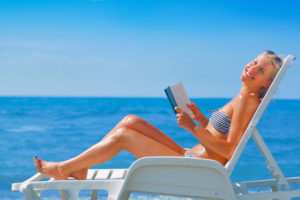 As a book promoter, I’m often asked the same questions over and over again. The usual question is: “Why do authors like Cliff Roberts and G.P. Hutchinson sell so many books?” The second question is usually: “What would it take to make me a success story?” While it is true that Cliff Roberts and G.P. Hutchinson have been hugely successful—G.P. with over a million pages read in mere weeks, awards by the bushel and Cliff with his insurmountable sales figures—it’s not true to say that there is a simple fix that will make you successful overnight.

You see, the greatest book promotion secrets are two very simple things. Consistency and Confidence. The consistency to keep going—even if you feel like nothing is happening, and the confidence to know that something WILL happen.

Be it G.P. Hutchinson, Cliff Roberts, Seth Nation, Michael Haden, Frank Fiore, John D. Fie, Jr., or Alex Cord—you can list off every major Western bookseller and still get the same answer. These people have Consistency and Confidence in common, and between them they make up a huge proportion of book sales in the Western genre. Yet, you have a book, too, and your book has a readership. You have tried bouncing it around Facebook, you’ve tried a few ads, you’ve tried telling your work colleagues about it—yet nobody bought it. You are sitting in silence losing confidence all the time. You feel like a failure—but you are not. You are attempting to do one of the toughest things in the world. You are trying to educate the world about your book, and you can’t give up. For every single success story in the book business, there are a hundred stories of failure. The only difference between success and failure is consistency and confidence. Authors with a mindset of success succeed. They succeed because they want to succeed more than anything else in the world. They take part in the promotion of their book—they do the interviews, they show interest in the keyword optimization, they want their book to be read by a million people, as do you.

So, if you’re looking at a lack of success, you may want to ask yourself two questions. Are you confident about your book? Are you consistent in the promotion of your book? If you have confidence and are consistent, or want to be, but your advertising and promotion isn’t working—drop me a line through the contact form below. That’s something with which I can help you, and asking questions costs you nothing. If you feel that you don’t have the confidence or the ability to be consistent, you may want to work on those feelings before you continue pushing your book—we all have moments when we wonder if we have made the right decision or feel as though we aren’t achieving— but we can all overcome those feelings. I would like you to get in touch with me using the form below and tell me why you don’t feel you can get behind your book. What is holding you back from getting behind it and pushing it to the top? As I said, conversation is free and I’d very much like to hear about your book, and I’m always open to meeting new people.