The New Savants: Surge of the Red Plague: An Interview with Author Tim Flanagan

John Walker was born in Indiana but raised all over the country, serving in the Air Force for six years. He grew up mostly in the Hampton Roads area of Virginia, calling it his home in 2006. His first book, “The Sincerest Form of Flattery” was released in 2012, with two more books in the series in the same year. With four volumes of The Statford Chronicles out, John is working on branching out to other genres and has a blog featuring interviews, short stories and other great stuff. He has two books in the works now: the next in the Statford Chronicles and a superhero novel.

How would describe your book, its genre?  Do you write in more than one genre? 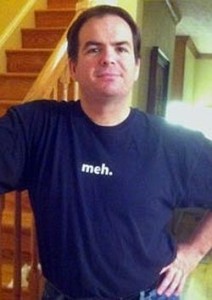 I would describe The Statford Chronicles as contemporary urban fantasy with a splash of pulp detective. I’ve written science-fiction, technical manuals, and straight fantasy, though I’ve always preferred a mix of modern fantasy with a touch of some other genre, just to keep things interesting.

I’ve been writing for most of my life, though I’ve been published for about a year and a half now. I’ve released three volumes of the Chronicles so far, with each taking an average of about six months to write. I wrote The Statford Chronicles because I hadn’t seen anything quite like it before. I had a story I wanted to tell, and I’m still telling it.

The Statford Chronicles is a series, with three books so far. The Sincerest Form of Flattery, In The Details, and The Blame Game are the first three, with That You Do So Well coming out around the end of this year. I had always wanted to do it as a series. I’m not much into gargantuan unwieldy novels, at least writing them, so breaking it down into “episodes” worked for me. I really have no idea how long the Chronicles will run, though I’m plotted out seven books, with the idea of another seven lurking in the back of my skull.

The two main protagonists are Tom Statford, a private detective, and Larrismus, or Larry, a six-thousand year old spirit. Tom is the guy you want on your side no matter what. He’s a Boy Scout, believes in being prepared, and will do whatever it takes to get the job done. He’s honorable and even in spite of all the craziness of being the private detective of the gods, he’s still human, meaning he hasn’t become jaded too much by his position in the grand scheme of things.

Larry is the not-always-all-knowing spirit of knowledge. He’s weathered mentally and spiritually, but looks the same as when he became the spirit he is. I like to think of him as well-dressed, dry, and sardonic. He’s that teacher that everyone has that knows more than you and doesn’t mind letting you know.

Is there any symbolism in your book that you’d care to share with the potential readers?

Oh yeah, there’s tons of symbolism. The title of each book is a play on a cliché, and kind of gives an idea of the story inside. Flattery is about a serial killer who kills the gods in effigy, or imitation. In The Details features the Devil. The Blame Game has the gods of the Chinese pantheon, and the I Ching, which assigns blame. I’ve put a few others in each book, but only if they fit the story.

Admittedly, I modeled Tom after myself, or at least an idealized version. He’s changed a bit more than I have, and has a lot more scars than I do. Larry isn’t really modeled after anyone in particular; as I said, he’s like that schoolteacher that knows everything. Some characters are based on people I know, though, which I think every writer of fiction does or has done to some degree over the years.

That it was too short, and they wanted the story to keep going.

That it’s a fun read, and I make the story flow.

I did. Once. The feedback I got was a form letter saying that what I was writing they didn’t see a market for. It was a military sci-fi far future book, which I had beta readers say was pretty good. This was 2003, the same year the new Battlestar Galactica came out to critical acclaim. I will not be submitting it again. Instead, I’m re-writing it and self-publishing. I prefer having the control that self-publishing gives me.

What has been the most difficult part of your writing experience? Dealing with publishers, agents, editors getting reviews, query letters, what?

The most difficult part is getting the word out. Any independent author will tell you that their biggest expense is advertising, and I’m here to say that’s a fact.

Oh wow… This would be a dream. If we’re talking big budget, I want Nathan Fillion for Tom. After seeing him on Firefly and Castle, he would be the perfect fit. Larry would be Tim Curry or Peter Capaldi. Susana, Tom’s love interest and a badass cop, would be Michelle Rodriguez. If you’ve seen most of the movies she’s been in, you’ll understand why. I wouldn’t mind relative unknowns, though, since for me, if the actors can capture the character, that’s all that matters.

Mostly, I write by the seat of my pants. I know how the story is supposed to go, and sometimes I’ll write something down, but mostly I’ll just sit down at my laptop and pound out a couple thousand words every couple of days. Not sure if I could do that with any other stories, but the Chronicles is one of those stories that writes itself.

I do a LOT of research into various mythologies, as I know there are folks out there who will nail me on any inconsistency regarding mythos, cultures, and various other things. I make sure I put in the foreword of each book that any errors are my own, so I won’t get lambasted too badly. Most of the information I get is from the Internet, of course, and I can tell you, I’d be hard-pressed to find anything better. Fact checking involves going to at least three different sites to confirm.

The most I would do is add a few words here and there, but I wouldn’t change much. The story has to stand on its own once it’s out.

For me, it was a good place to start the whole Chronicles. I didn’t want to drop in the middle of this whole world with barely an explanation of what was going on. I wanted to give a good “origin” story, but with enough to show that this wasn’t Tom’s first time out.

How did you decide on the covers and did you design them or did you use a professional designer?

I have the most amazing cover artist ever in Starla Huchton. She’s an absolute genius and does covers for a living. Not only that, she’s a hell of an author, too. So far, she’s hit home runs with every cover she’s done for me, and I will definitely be getting her to do them in the future.

Can you summarize your book in a 140 characters or less (Tweet size)?

For The Sincerest Form of Flattery:

Tom Statford, a PI of the gods, seeks serial killer with Greek fetish.

For In The Details:

Tom Statford works to clear the name of an innocent Devil? The hell you say!

For The Blame Game:

Jim Butcher is right up there. I love the Dresden Files and am anxiously awaiting the next one. He gets the snappy patter down, and makes characters you love to love, and love to hate, and hate to love. Stephen King is up there, as well, though not as consistently. I’m also a fan of Paul Elard Cooley, who introduced me to speculative historical fiction.

I learned that self-publishing is the easiest thing in the world to screw up if you aren’t careful. The most difficult thing is reading reviews. Any writer will tell you that.

How much literary license do you take with your stories? Do you create fictional locations? Do you use real locations with some fictionalizing, or do you stick very close to the actual setting?

Let’s see, I merged two separate cities’ police departments, I created a shopping center in the middle of nowhere, and I put a Chinatown spread out over an entire city, so I think I take a bit of license with locations. I think every writer does so, because that’s sometimes just how the story needs to work. A lot of real locations make it into my books, and I can actually point them out to people (the first murder scene in Flattery is about fifteen miles from where I’m sitting right now), but sometimes places just need to be created out of whole cloth or just nudged a bit. As far as why? Well, the story is the key.

Have you traveled at all? How has that experience helped in your writing career?

I spent six years in the Air Force and traveled extensively, and my dad was in as well, so I traveled during my formative years. I’ve been to or through just about every state in the US, and several other countries. It’s helped me immensely by opening my eyes to the varied beauty of the world, and how different everything is.

My end goal is to tell a story. I’m not worried about being rich and famous and world-renowned. I just want to tell the best story I can and entertain a few people. I feel I have an interesting tale to write, so I’m just going to write it best I can. 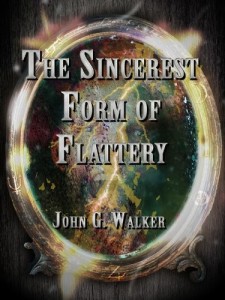 Connect with John Walker at his Amazon Author’s page; his website; or on FaceBook. And don’t forget to pick up a copy of The Sincerest Form of Flattery, Volume 1 of The Statford Chronicles.