Okay… I have a treat for you all! The BRAND NEW cover for the first Satalyte release! RIGHT HERE! For you to see…

“Satalyte Publishing” are the newest guys on the block– the most exciting publishing company to come onto the scene in years. They specialize in HIT books by HIT writers. Promotion is one of the cornerstones of their business and they do it better than most of the publishing companies out there.

Led by a young, entrepreneur by the name of  Stephen Ormsby the company is heading straight to the top… 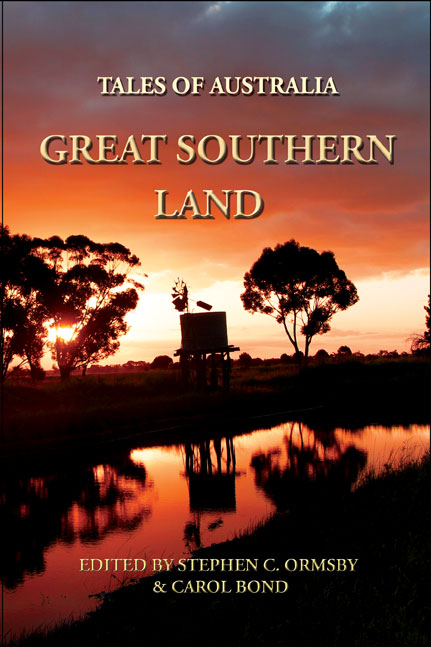 Journey into visions of the Great Southern Land by nine Australian authors.

The novelettes of this series will take you along arcane paths into fantastic Australias of the imagination.

Disciple of the Torrent by Lee Battersby

This Corner of the Earth by Dean Mayes

Acts of Chivalry by Sean McMullen

A Piece of the Past by Stephen C. Ormsby

After the Red Dust by Charmaine Clancy

Jaylin by A. Finlay

Set Your Face Toward the Darkness by David McDonald