On the western frontier there are times when he must holster a gun and ride out to right a wrong—at times, a man has to demand PEACEMAKER JUSTICE! This is the third in an action-packed acclaimed Western saga, a full storied Western novel from Mike Hundley.

Colorado 1887, the Garrison boys, now young brave and honorable men, saddled their big horses and took up the trail south to Mexico. They had promised her to visit, that day as she rode off in a wagon, her murdered husband’s coffin riding beside her to his final resting place. That little Spanish mission was only six days ride. She had raised them and they had promised.
A rider had summoned them. Madeira only had days to live. They loaded their Winchesters and Colts and set out onto a long and dangerous trail. They longed to see her and to say goodbye.

Drive your way through this action-packed third adventure in the “Peacemaker Trail” western series—action, adventure and gunsight justice…. All the way! Grab your copy today! 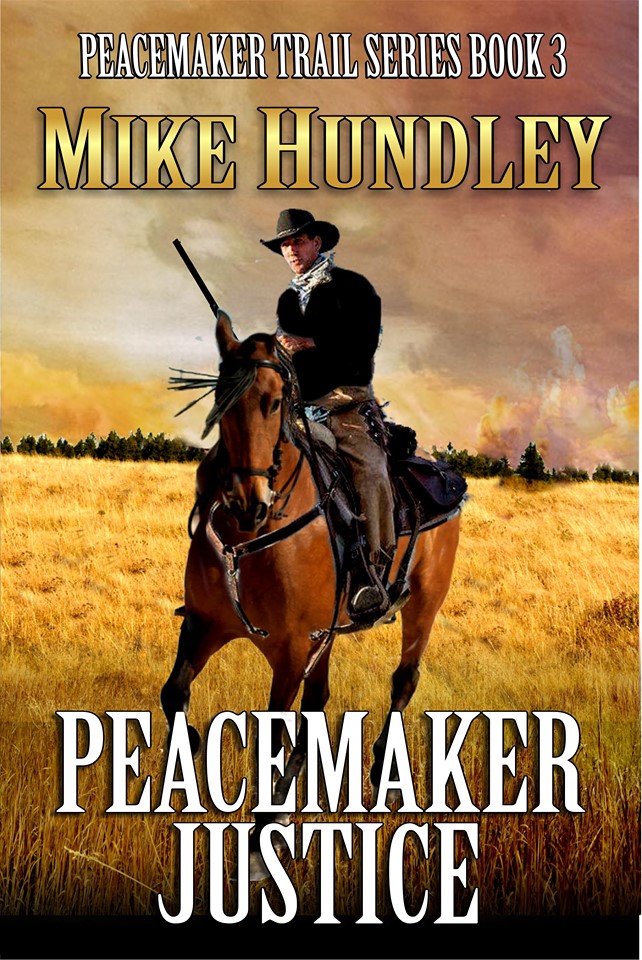