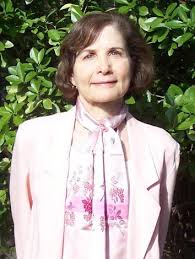 Here are two Fantasy films involving children, which I feel are so wonderful that they can be enjoyed by all ages:

What an imaginative and beautifully done film this is, starring Barret Oliver as a shy Bastian, who goes into a fantasy world with a dragon, gnomes, and many other delightful characters.  It is one of my favorite fantasy movies.  Two more sequel films came after this first one, but this still remains my favorite of the three.

MGM wanted Shirley to star in THE WIZARD OF OZ film as Dorothy, but they couldn’t use her since she was not permitted to break her contract with the film studio she was working with at the time.  So, as an alternative, she was cast in a fairy tale written by Maurice Maeterlinck with co-stars Nigel Bruce and Gale Sondergaard, etc.  It was a beautiful fantasy movie but not very successful.  A memorable scene to me was where she meets children waiting to be born.  The beautiful backgrounds are reminiscent of a gorgeous Maxfield Parrish painting.

EXCALIBUR ~ 1981 This is one of my favorite movies depicting the Arthurian legend.  My favorite actor in it was Nicol Williamson as Merlin.  He’s so magical.  In this film, director John Boorman made excellent use of music by Richard Wagner.

CAMELOT This 1967 musical movie had beautiful sets and costumes, and a wonderful performance by Richard Harris as King Arthur.  (Trivia ~ On the set, Guinevere, (played by Vanessa Redgrave), and Sir Lancelot (Franco Nero), fell in love and got married in real life.)

MERLIN mini tv series ~ 1998  This was a marvelous retelling of the Merlin story, with excellent actors, including Helena Bonham Carter, Sir John Gielgud and Rutger Hauer.  SAM NEIL gives a very sensitive and magical portrayal as Merlin, as he tries to “preserve the old, magical pagan ways.”

I must admit that I do really enjoy watching films with great dragons and other creatures. Here are some dragons I have known and loved. (It’s amazing to me how often in film dragons are given the wonderful voices of great actors.)

I am not much for horror movies, but I find these two classics wonderful:

FRANKENSTEIN:  The classic Universal Pictures films were wonderful.  This early Frankenstein movie starred Colin Clive as the doctor and Boris Karloff as the creature.  It was Boris’s “coming out” movie.  He was unknown at the time of its release. It’s amazing to think that this wonderful story was actually written by a 19-year-old young woman named Mary Shelly.  She was the wife of the great poet Percy Bysshe Shelley. It has been recreated in many film versions.

DRACULA from the original story by Bram Stoker.

This was the classic film starring Bela Lugosi as the Count.  Bela really was Hungarian, and he fits the part perfectly with his mesmerizing eyes and thick accent. (Trivia: Bela was buried in his full Dracula costume when he passed away.)

I know that comedy spoofs of great movies can be really silly.  But to tell you the truth, I really enjoy the following two very much:

YOUNG FRANKENSTEIN 1974 – Peter Boyle as the Creature, and Marty Feldman as Igor really steal the show.  They are a riot!

and ABBOT AND COSTELLO MEET FRANKENSTEIN (with Bela Lugosi): A classic Bud and Lou great comedy with a wonderful cast.  When Boris Karloff found out how successful Bela Lugosi’s movie was with Abbot and Costello, he agreed to make some comedies with them

Some of my favorite Musicals made into film:

This was probably the first colorized film.  It is a delightful Laurel and Hardy movie, which has beautiful music from the operetta by Victor Herbert. This includes the famous song “TOYLAND.” It incorporates many of the nursery rhyme characters, including Bo Peep and Tom Tom, the piper’s son, plus a mean villain named Barnaby.  It’s sheer delight, just like an old fashioned story book come alive.  The two beloved adorable innocent comedians contribute to making it a great classic.

These following two movies starring Julie Andrews are among my very favorite musicals:

THE SOUND OF MUSIC: The movie treat, although not quite historically accurate story of the von Trapp Family singers, is understandably extremely popular.  With beautiful music by Rogers and Hammerstein, great acting, and magnificent scenes of Salzburg, Austria, I always enjoy seeing it again.

The great Walt Disney movie is another universal favorite, based on the P.L. Travers book series.  It contains great music, animation, dance sequences, etc.  It is always a delightful fantasy to see, no matter what your age.

This movie is not a very historical account of the life of the great author, but it is one of Danny Kaye’s most memorable films.  It has some delightful songs in it and a fantastic ballet sequence portraying his story of “THE LITTLE MERMAID” danced by Zizi Jeanmaire to the music of Franz Liszt.  Trivia: The song “Wonderful Copenhagen” was so popular that it really bolstered tourism for this city during that time.

BRIGADOON  This delightful film has music by Lerner and Loewe.  It is a magical tale of a little town in Scotland, which awakes for one day every hundred years.  Gene Kelly and Cyd Charisse do some beautiful dance duets and are united in the end.

SINGIN’ IN THE RAIN  In this famous 1952 film, Gene Kelly sings and dances in the rain in that memorable scene. Donald O’Conner is also a great dancer in this, who I feel deserves more praise than he usually gets.  Lots of fun.

Some of my favorite musical stars:

There are many wonderful singers in musicals, of course.  But to me, there are a few who really stand out.  Certain singers in films have voices that are unmistakably beautiful. They have “IT.” I feel that two of the greatest are Frank Sinatra and Julie Andrews.

Julie Andrews has such a magnificent sweet and clear voice, which is outstanding in SOUND OF MUSIC  and MARY POPPINS.

Nelson Eddy: He had much experience in the opera and operetta field before becoming famous in Hollywood.  One of my favorites of his movies was THE CHOCOLATE SOLDIER – 1941

I am also a dance buff and really enjoy seeing dance numbers in musicals.  You will notice that these great musical dancers have studied ballet as part of their training.

Gene Kelly excels for his dancing in “SINGIN’ IN THE RAIN.”  He also did at least two films where he dances along with animated characters. They are:

JACK IN THE BEANSTALK 1967:  He plays the peddler in this adorable fantasy, along with a talented little boy who is also a great dancer: Bobby Riha

and ANCHORS AWEIGH, where he does a wonderful dance with the animated Jerry Mouse, teaching him how to dance in “The King Who Couldn’t Sing and Dance”:

Donald O’Connor is terrific in SINGIN’ IN THE RAIN, where he actually “danced up a wall.”  I don’t know how!

Dick Van Dyke was amazing in “MARY POPPINS,” where he played Bert the chimney sweep.  The “Dance of the Chimney Sweeps on the London rooftops” is considered one of the greatest dances in all of musical theater.

Ray Bolger was well known as The Scarecrow in THE WIZARD OF OZ.  He was an amazing hoofer and danced the scarecrow in such a limber, loose and energetic way! He was so lovable in this part.  I think he was Dorothy’s favorite, don’t you?  I once saw some outtakes which were not included this movie, in which he does some additional dancing.  If  you ever get to see this, you will certainly enjoy it, too.

Fred Astaire was also one of the great musical dancers of all time.  He was very light on his feet and had perfect rhythm.  One of my favorite movies of his was EASTER PARADE ~ 1948 with Judy Garland.

Antonio Banderas does an amazing dance of passion with Catherine Zeta-Jones in THE MASK OF ZORRO  https://en.wikipedia.org/wiki/The_Mask_of_Zorro What a great dance couple!