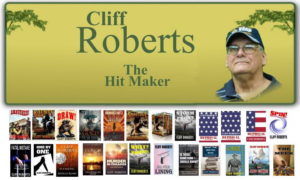 Outlaws Publishing, LLC has announced that sales of Western novels in the United States doubled over Labor Day weekend with the help of Nick Wale, of Novel Ideas leading the promotional way.

Texas-based publisher Outlaws Publishing, LLC is currently celebrating a huge increase in sales of Westerns over Labor Day. The company, that had huge success in 2016, also announced that a new book from A.H. Holt would be hitting the market shortly.

Industry pundits have been saying for years that Western sales were in decline. Major publishers have refused to even look at Western manuscripts—yet Outlaws Publishing has built a stable of Western authors who consistently outsell the competition.

“It’s all down to giving folks the books they want to read,” Outlaws Chairman J.C. Hulsey explained. “We are giving people exactly what they want—good, clean stories of the West.”

With hit novels like “Blood on the Plains,” “Preacher’s Corner,” “The Devil’s Brand,” “Willow Falls” and “Ten in Texas,” the company has been racking up sales and recently announced they would be releasing a series of Western romance novels aimed at female readers.

“We are an inclusive company,” Hulsey remarked. “We know women love to read about the West—we have the mail from readers to prove it. We want to capture the romance readers by putting books out that appeal to women and the romantically inclined male—and that’s what we hope to do with these clean Western romance novels.”

To celebrate the company’s huge success, Outlaws Publishing has announced September to be “Cliff Roberts month.” Roberts, one of the company’s most successful authors, has written a series of bestselling Westerns that will be available throughout the month on Amazon for 99 cents.

You can see the full press release here. You can purchase your commemorative Cliff Roberts novels here.