An interview with the ebullient David Watts is always something to cherish. From the astounding beauty of his writing, one must believe that he is one of the writers we can truly call talented. His new book, “The Lucifer Connection,” is currently riding high on the bestseller charts, and this interview will explain how that so very popular book came to be. This interview is frank, fascinating and free to read. Read on… 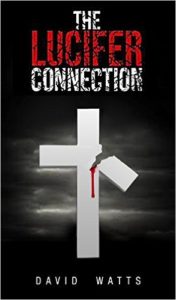