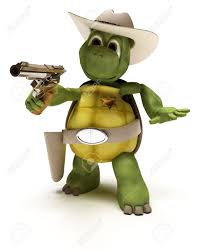 How did G.P. Hutchinson achieve one of the fastest selling Westerns of the year? How did he go from moving a few copies a month, to having close to a million pages of his book read in a single month? What was the magic ingredient? The truth is, there isn’t a magic ingredient. There was just one thing—consistency.

Look at the way we lead our lives. We get twenty-four hours each day to achieve our goals, dreams and to feed our families. Those of us who lead consistent lives seem to have a better time of it than those of us who bound from thing to thing, without a care in the world. In the long run, consistency is the one thing we can depend on to get us through hard times, struggles, relationship issues and family problems. Consistently plodding our way through our lives gives us stability, and that stable base allows us to thrive.

It’s the same in the world of selling books. The most successful authors are consistent in their approach. They don’t give in when they reach a hurdle or a problem. They don’t bow down when they find themselves selling less books. They keep striding, pushing, promoting, and hurling themselves at the world.

When I started my career, I was hungry to be the most successful book promoter on the planet. I managed to finagle myself a meeting with one of the most successful experts in the business. I asked him how I could be truly successful, and he asked me if I remembered the story of the tortoise and the hare. I told him I did. He told me to study the story because it held the key to success. The speedy hare and the slowpoke tortoise lined up to have a race. The hare sped off but was so self-confident, he felt that he could spare the time to have a nap. The hare, in its arrogance, saw that the tortoise was far behind and knew that the slothful creature would never catch up. He fell asleep by a shady tree and didn’t even bother to set his alarm clock. The tortoise, determined to finish the race, plodded along. He didn’t mind losing, but he was playing to win. He kept plodding and eventually passed the sleeping hare. Soon, he crossed the line and found himself the winner of the race. His consistency won the day.

I followed that advice to the letter and tried not to be the most successful from day one. I was never the loudest, but I was the most consistent. I spent a lot 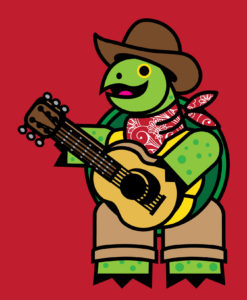 of time building relationships, understanding people, growing knowledge of the business. I built a practical understanding of promotion on a budget, and I was lucky enough to have success. From book to book, my experience grew, and I honestly now can’t remember a single book promoter who started in the book business at the same time I did. I think they all fell asleep by trees, hugging their hot water bottles as I crept by.

So that’s the true key to any kind of success. Being consistent will make you #1. That’s what G.P. Hutchinson did. We promoted consistently, and the good days came with the bad, but we overcame them all to create a solid fan base for his career. We set realistic goals, and we promoted towards them using realistic promotion. We made sure to take advantage of all the techniques that have proved successful, and we consistently used those techniques to create success.

The techniques can be taught, the promotional campaigns can be set up and run for you, but you need to be consistent in your mindset to achieve the near impossible. You have to be the one who can keep walking when the wind is in your face, and together we keep slogging it out with the book business, round after round. You can contact me via the contact form below and ask me about the best techniques, strategies and tools. I can help, but you have to be ready to slog and fight for eleven rounds before winning the trophy.