Post and Repeat: How to Build Your Western Books Into Sellers 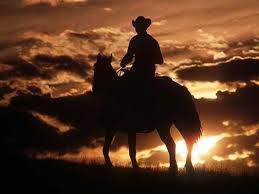 Ask anyone. Westerns aren’t big sellers… apparently. Seriously? It must be the biggest secret in the world that the top selling Westerns are consistently outselling most of their rivals. But why is this secret so, well, secret? I’m afraid I can’t answer that at all. All I know is that Westerns are a market of books that can catapult an unknown writer to fame. I think part of the success of Westerns comes from the very nature of Western readers. These are readers who not only have a desire to read for hours, but in many cases, they also want to experience as many Westerns as they can get their hands on. It’s a voracious reading market, and that market doesn’t seem to be slowing down. The other great thing about the Western is that the stories allow authors a real opportunity to do new things. Western readers crave traditional stories but are far less particular about new concepts or ideas than perhaps other genres. If you’ve written a Western, but you have a little bit of a paranormal thing going on—they’ll give you a chance.

But the key to getting even a basic readership comes from perseverance. All authors know that marketing is one of the hardest things in the world. It’s unpredictable, techniques vary in effectiveness, and even if you have a good day of sales—the next day may fall flat.  So any author needs to be involved in marketing, and you need to see it as a long haul. The other aspect is that you have to have a good product. Remember, everyone loves their own baby—but others may not. So before you even market your Western, you have to view it as a product, and as a product that people may or may not reject. It’s not a case of good writing—in many cases, it’s down to having the right readership and being accepted by that readership.

Take, for example, “Strong Suspicions” by G.P. Hutchinson. Probably the fastest selling Western of 2016 so far with over half a million pages of the book read in April alone. “Strong Suspicions” is the second book of a series. The first book, “Strong Convictions,” was built from being unknown into being one of the surprise hits of 2015. It’s a book that appeals to Western readers as a whole—filled with adventure, action and a great love story. The second book was launched and became a huge hit. Not because it had a multi-million-dollar ad campaign, but because market awareness was driven a) by the success of the first book, and b) because the first wave of readers enjoyed the book so much they told their friends, and c) the book was promoted directly to its audience who had awareness of the original book and enjoyed it. I will also tell you that the two books in that series were both highly rated by Western readers and by the Western industry.

Now, you may be at the very beginning of this journey, so let’s talk about starting your adventure. A very talented author named Jeff Breland and I got together a couple of months ago. He has many books, and his sales have been negligible. He has tried publishers, publicists, advertising, and all manner of things. But he was still at the very beginning of the process. After just a few minutes, I knew the audience would go for him. He has many of the key ingredients. So we set a target of selling 30 books in his first month. We then set about taking the first steps—posting to relevant groups, using relevant keywords, advertising in the smallest possible way and raising awareness. We doubled our target in the first month. The second month we were conservative. We said we would like to move 60 books. We did the same thing, only we posted in more groups, we changed keywords more often, we made use of free days, we took advantage of advertising, and we sold close to 100 books, again beating our target. This month, I am going to ask Jeff to help me sell 100 of his books. We will do exactly the same thing, and I think we will probably sell 130 books. We are growing the audience and the desire of the audience for his books.

So, as you can see, it takes perseverance because you have to build the audience from scratch. You have to allow word of mouth to spread, you also have to be consistent in your everyday marketing, whether that be posting your way across Facebook, or driving your way across the Western forums.  You have to seek out your audience, and you have to give them a chance to actually notice the book. You also have to be conservative in your approach. Don’t aim for 100,000 books sold in your first month. Try 30 and keep doubling.

Then you keep the ball rolling. Throw in other ingredients like interviews, advertising, perhaps a top level review, and you build your audience and repeat the process with your second book—hopefully with greater results. Don’t forget to add extra products like audiobooks, paperbacks and perma-frees into the mix, too. It sounds very easy—but it isn’t. That’s why I am saying that if you need any advice, or want to discuss how to help your book progress, you can email me at Nick@nickwale.org, or use the contact form below. I will try my best to answer your questions and to give you the guidance that you may be looking for.