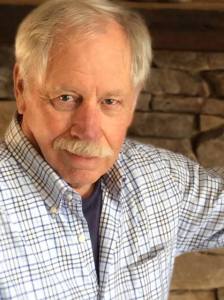 As we leveled at 33,000 feet, I noticed a bright light in front of the airplane. I discussed it with air traffic controllers, and we determined that it was a large weather balloon 50 miles away at an altitude of more than 10 miles. The sun had set about an hour earlier, so at our altitude it was dark. The balloon, though, was still in daylight and shone much like the moon.

Co-pilot Rick Moore and I had departed Atlanta for Philadelphia with a good group of flight attendants we knew from a previous trip.

I grinned at Rick and rang the call button. When Lynn, the first class flight attendant appeared, I confided, “Listen, I don’t want you to be alarmed, but I think you need to know we might have to take some evasive action.”
She was alarmed, of course, and responded, “What’s wrong?”

“Well, nothing at the moment, but if you look out the windshield you will see something that looks like some kind of UFO or flying saucer. It has been tracking us for the last half hour.” Lynn’s eyes themselves grew as big as saucers.
“I see it, I see it. What’s it doing?”
“It just came from out of nowhere and appeared off to the right, real close, and then it zipped to the other side. At one point, it hovered right over the cockpit and was so bright I couldn’t look at it. We’re doing about 500 knots, and it is now exactly matching our speed.”

It should be noted that it did, indeed, appear to be matching our speed. Because of its great distance, the change in our relative positions was imperceptible.

Lynn gasped and left the cockpit, soon returning with flight attendant Sue Ellen, who seemed more excited about the news of seeing a flying saucer than worried about our flight. They were instructed, above all, to be calm and not upset the passengers. We would be in touch if necessary.

On landing, we discovered our hoax had backfired. Contrary to my instructions, Sue Ellen had told some passengers in coach, and they planned to contact the news media. It took some doing for me to convince them that what the attendant had seen from the cockpit was nothing more than a weather balloon.