Cliff Roberts is a guy who has done a lot in his life. Interviewers normally ask him about his political career, his many jobs, seek small business advice or ask him what he had for lunch. I normally delve into the life of writers I work with… sure, that’s the territory. This interview will touch upon his career, but let’s get to the MEAT. What does Cliff write and why does he write it? He has written several books. “Reprisal” was his first mega hit and we’ve seen several since then. We will cover many of them in this interview and you will enjoy the writing side of Cliff Roberts! 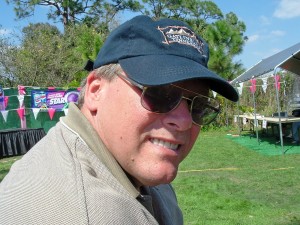 Q) Hi, Cliff, I am going to jump right in and ask if you are still looking for a major publishing contract?

A) Well, I’ve been self-published since 2013. I hired a PR instead of a publisher. My first book was “Reprisal: The Eagle Rises.” I was offered a publishing contract, but the more I look at contracts, the more I’m thinking it’s not worth the hassle and the cut in pay per book. I sold several thousand copies of “Reprisal” over the first month of its release. Why do I need a publisher?

Q) How long did you spend trying to land a major contract? You started writing after school, correct? I will also throw in another sub-question to spice things up: Do you believe self-publishing is the way forward for writers? Are the big publishing houses on the wane?

A) After high school, while in college, I tried a few dozen times to be published the traditional way with no success, so I put writing on the back burner to get on with life– a job and family. As far as self-publishing, I believe it is the wave of the future. Too many publishers believe they are doing you a favor by agreeing to publish your work. It’s your work that makes them money; they should be thanking the writer for letting them publish it. By self-publishing, you avoid other people trying to change your dream. They correct grammar or structure, but they can also get into the story and sometimes want to see you write something other than what they claimed they liked in the first place. I think self-publishing is going to be the only way to publish sooner than later.

Q) Let me pose this question to you: If self-publishing had been around when you left high school, would you have gone that route?

Q) But your writing has improved since then, right? You have become a better writer with the passing of time?

A) You bet! I’ve improved over the last few years considerably. As with anything in life, if you keep practicing, you will get better. You may not always become proficient, but you will improve. I believe that I’m on my way to becoming good enough to be considered a writer by the public and other writers. I’ve read some books recently by authors who have managed to get signed with a traditional publisher, and I already write better than they do. So I‘m very hopeful to break into the bookstores soon.

Q) You are considered to be one of the bestselling contemporary Indie authors. That is quite the achievement! What is the key ingredient to being a writer in your opinion? What does it take?

A) Perseverance. You’ve got to believe you can do it and keep doing it even if no one buys a single book. The best way to get better at writing is to write more and keep on writing.

Q) Do you think many writers give up too easily when they don’t see their book reach the bestsellers lists?

A) I don’t know why some writers write just one book and stop. Maybe that’s all they set out to do. I have the goal of writing bestsellers and being a household name. I’m not the typical writer; I’m not college educated; I’m self taught. Some people have said it shows, yet they loved the story. I will probably never be the technically perfect writer, and I really don’t care. I write to entertain and to make the reader think about the world around them. How have I taught myself to write? By reading thousands of books–all kinds of books– but I like mysteries and action books best.

Q) All of your other books are radically different to your “Reprisal” series. Where do you get such a widespread injection of inspiration?

A) I just thought them all up one day. I started with a guy who was out to kill his mean neighbor. It kept growing until it became the gang who attacked him first and the neighbor could have helped him but didn’t and that’s why he’s out to kill her. Then I found I was writing about a terrorist attack. I wrote the first “Reprisal.” It sold. I often think about what people do and then think about why would they do that. A lot of my stories wrote themselves once I figure out why someone might take a particular course of action. Sometimes, I think the stories are writing themselves, and I’m just along as the reader. I figure if it entertains me, it will entertain others.

Q) The more you tell me about “Reprisal: The Eagle Rises,” the more I see it as a movie. I can see it running in my head as we speak. Do you write with a movie adaptation in your mind?

A) I consider every book I write as a movie. I think it has to do with the fact that we are so focused on TV and movies for entertainment. It’s really ‘lazy people’ entertainment. Reading requires effort; with TV and movies you can just lie in the couch. Don’t get me wrong. I’d jump at a chance to make movies out of any of my stories. I try to think of the scenes and how they’ll look in a movie as I write.

Q) Do you draw inspiration from a lot of people you’ve known? For example, can you point to characters and say “this is so-and-so”?

A) No, not too many. Of course, there are some; every author writes about what they know and the people they’ve known. I get a lot of character ideas from reading. I don’t plagiarize, but I’ll make sure my characters have traits that I admire in others and sometime wish I had.

Q) So, now tell me– If you were a reader and you were looking at the books of Cliff Roberts, which would you choose to read and why?

A) I’d probably read the Reprisal Series first because they are action-adventure– my first love. I have only two published, with one about ready and two more at first draft stage. They are action packed with plenty of intrigue. Then I’d have a hard time picking between Fatal Mistake and my other books. I love them all.

Q) Interesting choices. Now, I’ve left Fatal Mistake till last. Can you tell me a bit about this one?

A) Fatal Mistake is about Tyler Stone who chooses murder over divorcing his two-timing, money grubbing wife. He plans the perfect murder down to the smallest detail only to find himself staggering through an astonishing array of challenges, all in the effort to avoid making that Fatal Mistake that would reveal his involvement to the authorities.  It only takes one Fatal Mistake to get caught, and every murderer makes at least one. Tyler Stone made several, but the biggest one was having committed the crime in the first place.

Q) Fatal Mistake sounds like a great read to me! How did you find the writing process for this one?

A) It was interesting because I tend to let the story lead me. I start out with an idea as I said earlier, then I just follow where the ideas lead as I write.

Q) Well, Cliff, this has been one helluva interview. Thank you for your time!

This could well be the first interview Cliff has done that has actually focused on his prolific career as a writer. A historic first? Perhaps, but it felt good to get the word out about a writer who deserves respect.