Kirkus Said What About “Courier?”

An action-packed tale of murder and political intrigue set in the politically turbulent 1970s.

Irving is a writer and producer with an impressive resume, including four Emmys, three Peabodys and three duPont Awards working as a journalist for major television networks. His debut novel, set in 1972, opens suspensefully with an assassin—a “specialist in the restoration of silence”—planting a bomb on a car, which leads to the death of a prominent journalist and his co-workers. That journalist, Joe Hadley, had just scored a major break in his investigation into campaign finance illegalities by the pro-Nixon Committee for the Re-Election of the President, thanks to a bookkeeper who was suddenly willing to talk. Rick Putnam, a motorcycle-riding courier tasked with delivering film of the interview, is also targeted for assassination but narrowly manages to survive. Irving portrays Rick as a classic pulp-fiction hero: a chiseled, chain-smoking ex-soldier who’s always ready with snappy quips. Although the original filmed interview is destroyed, Rick still possesses a copy, and he’s hunted by assassins intent on making sure that it never makes its way into the news. Irving’s story is relentlessly paced, punctuated by bursts of action and violence, and driven by artfully unfolding suspense. Sometimes, the book has the feel of a classic true-detective novel. However, it’s somewhat overly packed with that genre’s signature clichés; for example, Rick is a loner, haunted by flashbacks of his service in Vietnam. He also enjoys a second identity, thanks to a bureaucratic mistake when his original birth certificate was issued, although the explanation for this contrived plot point is incomprehensible. Also, the dialogue sometimes has a B-movie feel to it: “Being fucked up in the same firefight doesn’t make us buddies.” However, these minor missteps never slow the story’s frenetic journey to its dramatic conclusion. An exciting and gritty, if uneven, thriller.

Courier is available now from Amazon 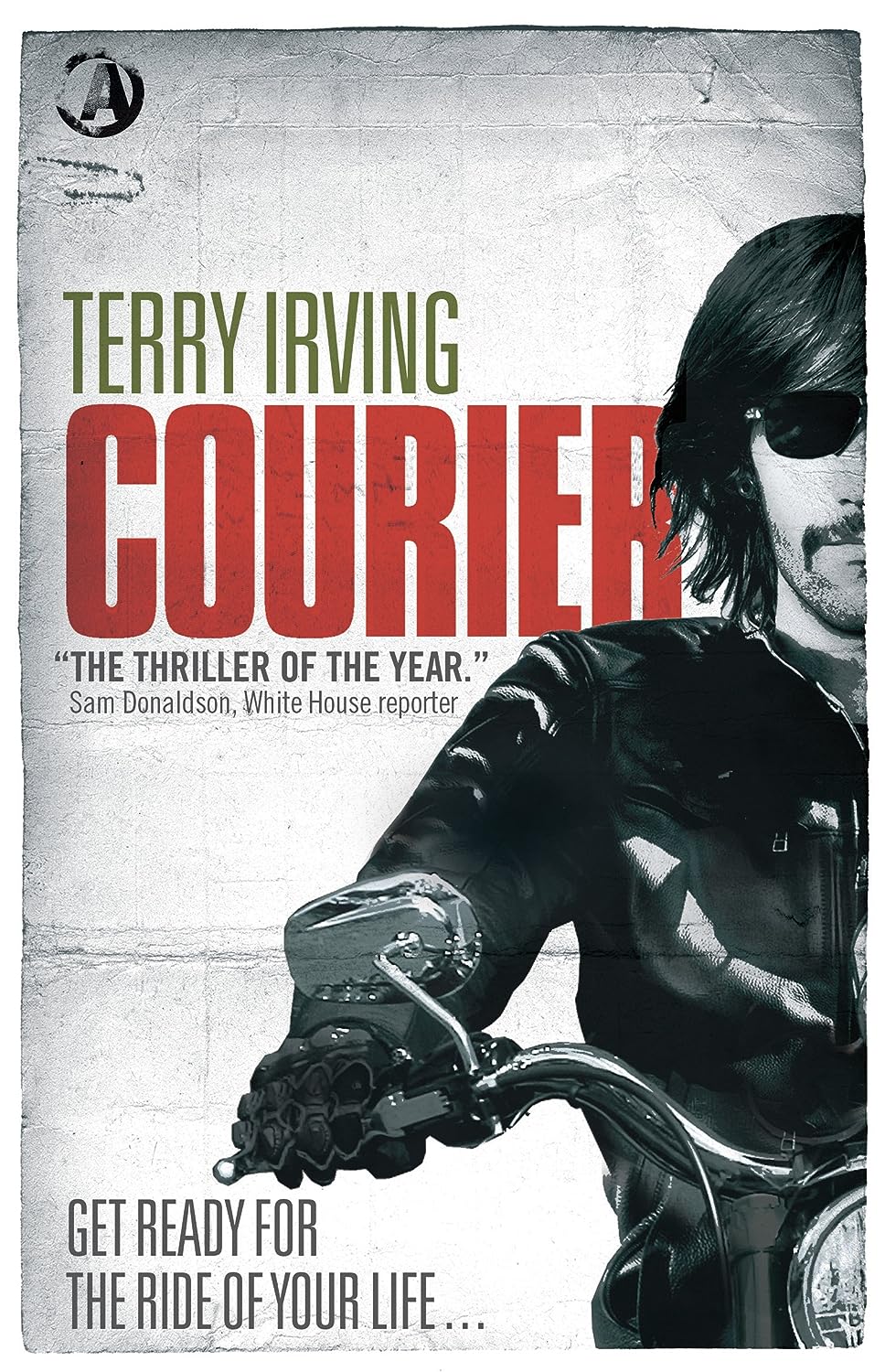 Get ready for the ride of your life

It’s 1972. The Watergate scandal has Washington on edge. Rick Putnam, a Vietnam veteran and motorcycle courier for one of the capital’s leading television stations, is trying to get his life back together after his nightmarish ordeal in the war. But when Rick picks up film from a news crew interviewing a government worker with a hot story, his life begins to unravel as everyone involved in the story dies within hours of the interview and Rick realizes he is the next target.

Courier is a political conspiracy thriller as exciting as Three Days of the Condor, with a lead as cool as Easy Rider, all set in Nixon-era Washington.

Written by a four-time Emmy award-winning writer and producer, this is a killer blend of action and surprise twists, certain to appeal to fans of James Ellroy and Dennis Lehane.

Get your copy of “Courier.”