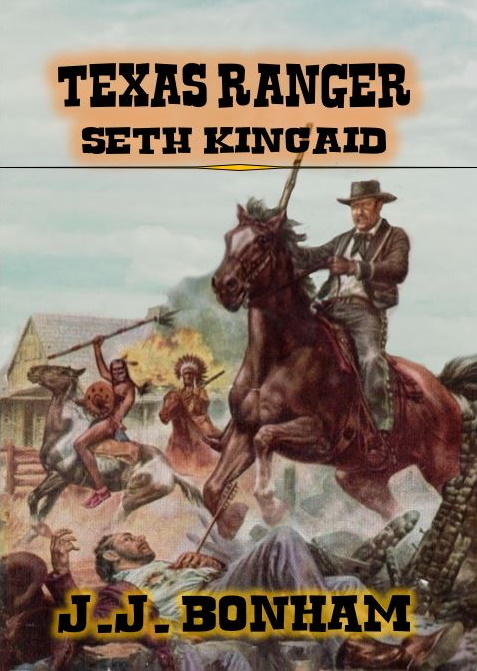 A brand new Western adventure from the rip-roaring pen of J.J. Bonham. J.J. is one of the fast draws when it comes to Western stories today. This riveting, rollicking, action-led new ranger Western novel has all the hallmarks readers have come to expect from their Western novels.

Seth Kincaid: a Texas Ranger. He was raised by a half-breed Ranger tracker, Cherokee Jack, and also taught everything the half-breed knew about weapons, tracking and how to conduct himself in a firefight.

Frank Hatch: wounded in the Civil War when a cannonball exploded next to him. His left side, leg and arm hung almost useless. When Comancheros raided his rather wealthy and extensive spread in northeast New Mexico, Frank was off buying a new bull for his spread. His only daughter, Abigail Hatch, was taken along with some of his stock, while his ranch hands were shot up and his place torched.

When Frank returned home and found the devastation, he rode into Anton Chico and sent a telegram to a Texas Ranger friend in Austin. The friend obliged Frank by sending one Ranger to help him, the young and dashing Seth Kincaid. Frank was nonplussed as to how one Ranger can find his daughter when the local law does nothing outside the town of Anton Chico, and there might even be an understanding between local law and the leader of the Comancheros, Alejandro Martinez.

This dangerous new Western adventure sets a Texas Ranger against the dangers of the Old West and asks… will he survive?