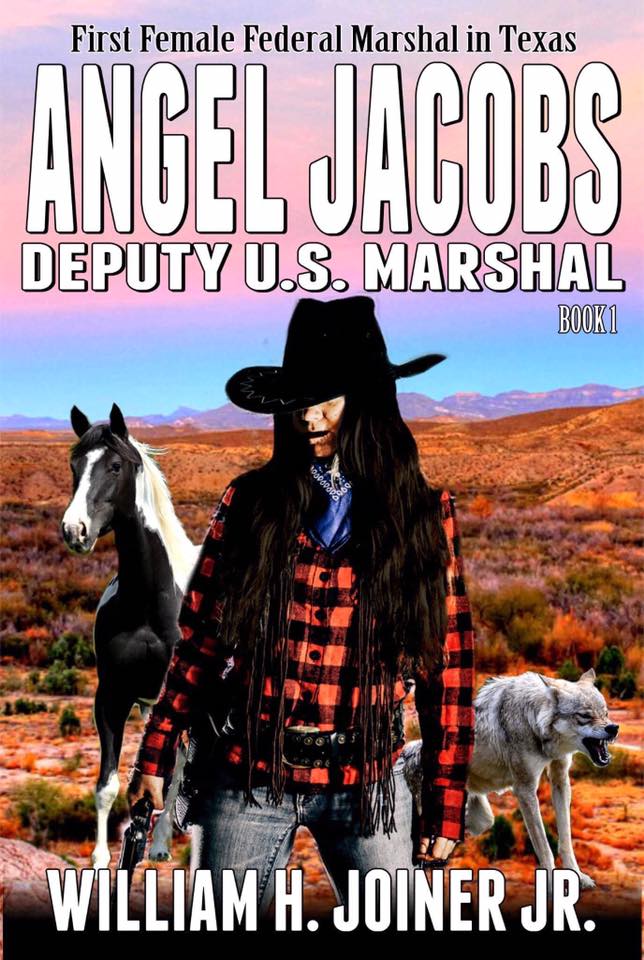 The first Western in a brand-new series from William H. Joiner, Jr. This is action, adventure and gunplay as only Joiner can write it! Ride with the author who gave you “The Legend of Jake Jackson” and “Morgan Porter.” You won’t regret it!

When she was 7 years old, Angel saw her father brutally murder her mother. She was adopted by U.S. Marshal Caleb Jacobs and his wife Bonnie. Angel didn’t want to be a schoolteacher like her new Ma. Angel wanted to be a lawman like her new Pa.

Outlaws and renegades didn’t believe Deputy U.S. Marshal Angel Jacobs was for real. They learned the truth the hard way at the end of her smoking Colt.