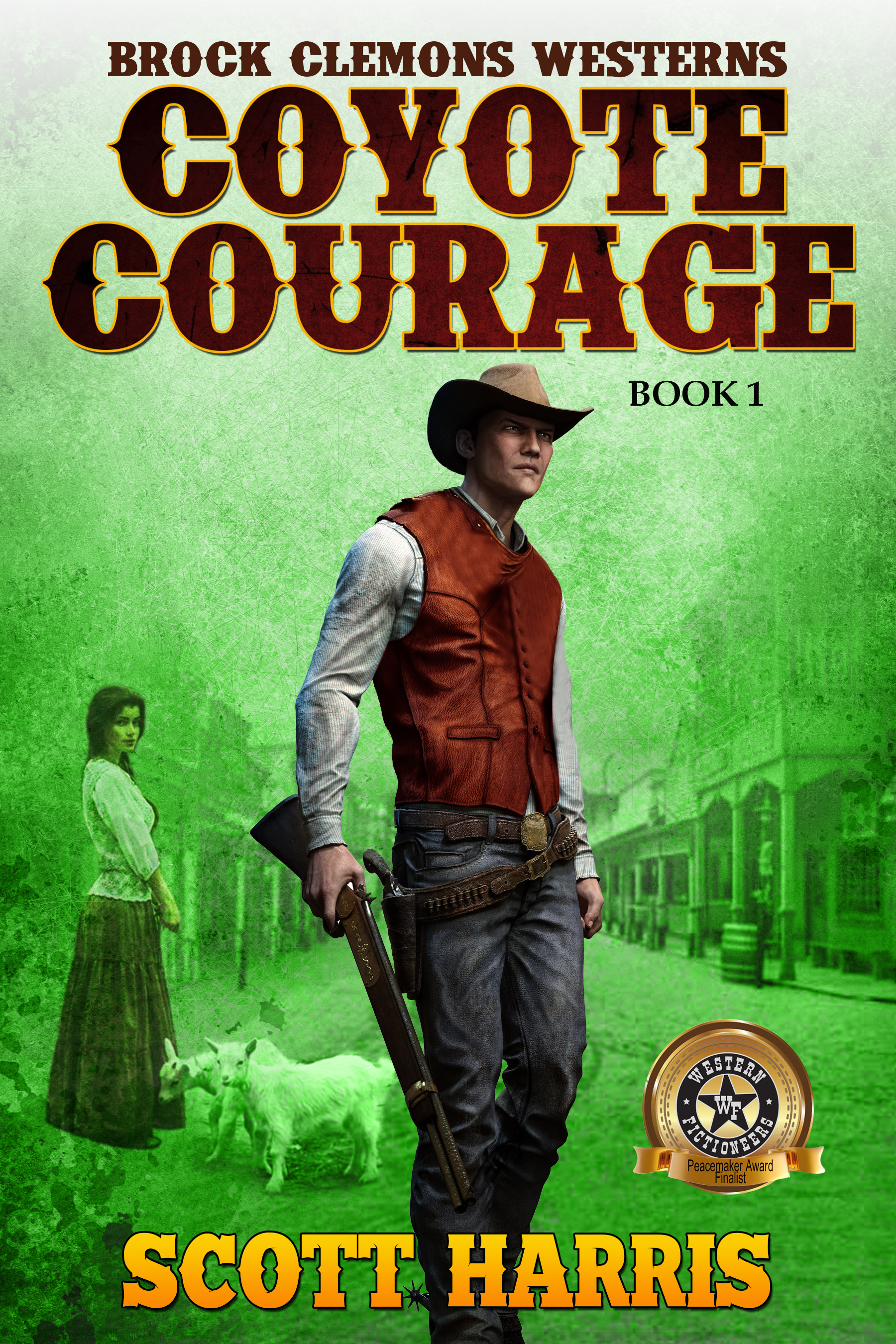 A brand-new special edition reissue of the first, and most famous, series of Western novels from Scott Harris. These special editions include updated forewords, added content and much, much more!

The story of Brock Clemons is a tale of bravery, adventure and romance, and will transport readers back to a time when chivalry, courage and gun fights ruled the days in the West. In the first two books of the series, “Coyote Courage” and “Coyote Creek,” readers are introduced to Brock Clemons and the small town of Dry Springs, where Brock meets a young boy named Huck, falls for a beautiful young woman named Sophie and faces a band of hardened outlaws. Brock decides to stay beyond the one night he had planned, and readers follow his adventures in town and journey in the aftermath of his visit to Dry Springs.

Brock Clemons rides into the small town of Dry Springs simply looking for a place to grab a cigar and a good night’s sleep. Instead, he finds a town being strangled by a band of hardened outlaws, a young boy named Huck who is bravely facing challenges far beyond his years, and Sophie, a woman of captivating strength and beauty.

Brock decides to stay beyond the one night he had planned, but will his intelligence, courage and unmatched skill with a gun be enough to save the town, help Huck and win Sophie’s heart?