“The Legend of Jake Jackson: The Last Of The Great Gunfighters: Book Three” Is Now Available From William H. Joiner!

Heading To Market On Thursday: Freckled Fury: The First, Second And Third Westerns In The “The Freckled Venom Series”

Ride with the first three Western adventures in “The Freckled Venom Series” from Juliette Douglas! These award-winning Westerns will take you on a journey—a journey you’ll want to take time, and time again!

Meet Lacy, a renowned bounty hunter, often sought after for the most dangerous cases. She is tougher than some of the toughest men, on both sides of the law. One fall night, she disguises her identity as she travels to a town she has avoided for nine years. On the trail of the notorious killers, the Dillard brothers, the injured bounty hunter enters White River disguised as a young boy, and soon encounters Rawley Lovett, the town marshal. After an altercation, Rawley pursues the mysterious bounty hunter, only to discover the true identity of the stranger. Rawley soon discovers that Lacy has a tragically complicated story, and he is bound and determined to unravel it and help her come to terms with her past.

After she ran away on Christmas Day, Rawley Lovett tracked Lacy Carrigan to her hideaway and convinced her to return to White River with him. Still fighting her demons from her troubled past, her adjustment to living in the tight-knit community is difficult for her, but she is determined to make it work. Slowly, the walls she has built up around her start to come down, but not without a lot of work on the part of Marshal Lovett, her boss and the man who knows he loves the independent, troubled woman. In the second book of the series, Lacy comes face to face with those who hurt her in her childhood, and both she and Rawley face men they had captured and who they thought were gone for good.

It’s been almost ten years since Rawley and Lacy Lovett married and moved into their house in White River. Since then, Billy has grown to help his father in the marshal’s office. Cotton has become a leader among his peers, and wants to study law, and Hanah has followed in her mother’s footsteps, becoming a spirited, red-haired, freckle-faced spitfire. Skeletons from their past soon come back to haunt them, when an unscrupulous man returns to town to seek vengeance on Rawley and Lacy, committing a crime that affects the entire town of White River and is the catalyst for heartbreak for Ezra, the owner of the local mercantile.

Receiving high acclaim for her western novels, author Juliette Douglas invites you to pick up this book and enjoy some great Western adventures! 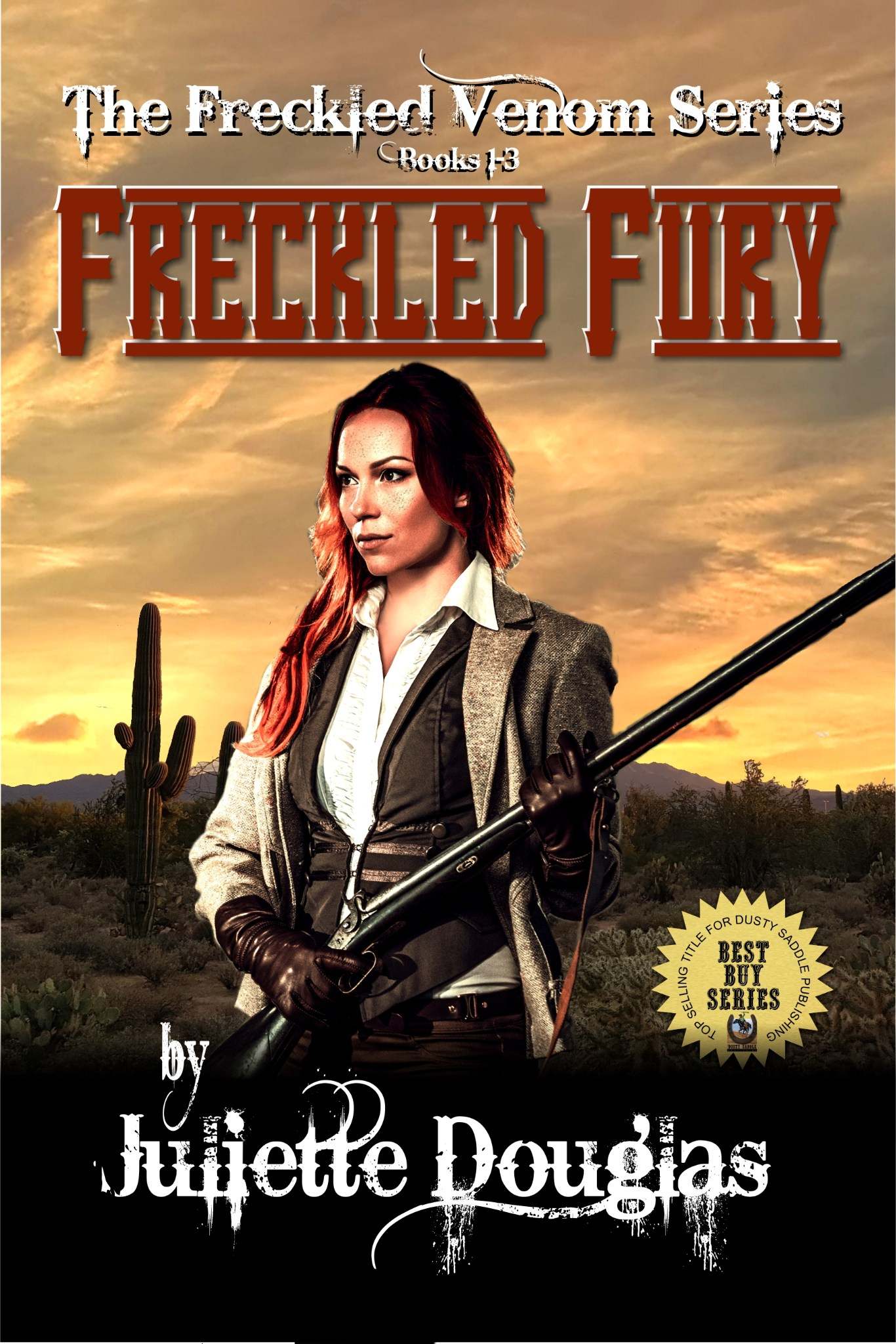