Could You Replicate The Million-Page Western Success Of Gene Turney? Why Don’t You Give It A Try!

An Exclusive Look At “The Legend of Jake Jackson: Book Three” From William H. Joiner!

An excerpt from the upcoming Jake 3

Dick Brunson the owner of the Circle B was flushed with anger, “McCabe, I hired you to stop cattle theft on my range! Instead I have evidence that you’re the one rustling my cows! What have you got to say for yourself?” Brunson was backed up by two of the Circle B hands. Both cowboys had their pistols drawn covering McCabe.

Frank McCabe untied his kerchief and mopped the sweat from his face. He grimaced, “Dick, I tried to tell you I needed more money. You try to squeeze every last nickel. You left me no choice but to collect from your cattle.” Brunson sputtered, “Y..yo..you’ve loco!…You’re awfully calm for someone who’s about to be hung!” McCabe grinned and shrugged his shoulders. Brunson ordered his men, “Alright boys, string this sum bitch up!”

Both guns roared. The bullets struck Brunson in the back, slamming him face down on the ground. As McCabe watched the blood leak from the dying man, he said, “Thanks, Dick, for bringing my partners to this little party. You were dumb right up to the very end.”

When McCabe and his henchmen rode back to the herd, he waved at the three remaining Circle B men to come over. McCabe informed them, “I just come from the boss. He wanted me to give y’all this.” McCabe, Roscoe and Abner jerked their sixguns and opened fire on the astonished cowhands. When the last one quit twitching, McCabe laughed, “Well boys, just like I promised. The Circle B is ours.”

Later when they relaxed at the house at headquarters, McCabe shoved a piece of paper across the table. He stated, “Abner, this is a bill of sale transferring the ranch and cattle to me. I want you to sign Dick Brunson’s name to it. Dick never had no kin that I knew of. I don’t think we’ll ever be questioned, but if we were, I want to have this bill of sale to back up my claim.”

McCabe sat opposite from Allen Vincent at his desk in the First Cattlemen’s Bank of Sweetwater. Vincent was the president of the bank. He carefully read the paper that McCabe had brought. Reluctantly, Vincent announced, “The bill of sale seems to be in order. It is rather surprising that Dick Brunson decided to sell and leave the country. I guess it shows that you never know what someone is really thinking. How can I help you?”

McCabe smiled, “Part of the deal I made with Dick is that I would get any money he had in the bank. I don’t want to withdraw the money. I just want to deposit it in a new account.” Vincent sighed, “Well, I guess that would be alright seeing as how Dick had told me he had no family.” McCabe flashed a slick smile, “I appreciate it, Allen.” Vincent bristled at McCabe being only a common cowboy, would be so familiar to address him by his first name. In spite of that Vincent knew that the Circle B was a key account for the bank. Vincent gritted his teeth, “Mr. McCabe, we’re having a small soiree at my house tonight. I would be pleased if you attended.” McCabe replied, “Thanks, Allen. I’ll give it some thought.”

Even after McCabe had left his office, Vincent sat for a good while in stunned silence. Allen Vincent was the wealthiest and most influential man in Sweetwater. He was not used to being dismissed out of hand by someone from a lesser station in life.

McCabe never had any intention of attending Vincent’s get together. Last night he had made the acquaintance of one “Hatpin” Harriet Murphy. Murphy had acquired her moniker by her habit of concealing a long hatpin in her flowing ink-black hair. Many had felt that hatpin buried deeply in their belly when Murphy was upset with them. A few never felt it at all as Murphy silenced them for good with a thrust of her hatpin in the base of their skull.

Hatpin was the owner and sole proprietor of the Last Indian Saloon. She was the product of Irishman Tim Murphy and a renegade Apache woman. Those that felt that a woman could not hold her own in the cut-throat bar business, did not know Hatpin. She was the equal of any man when it came to ruthlessness and cruelty. When asked about the name of her saloon, Hatpin was fond of saying, “If you cross me, I will be the last Indian you’ll see.” 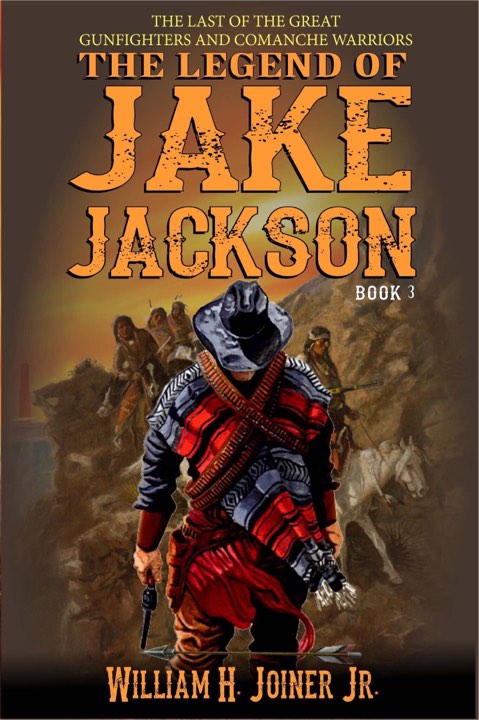 You can purchase the first two books in this great new Western series by clicking here!