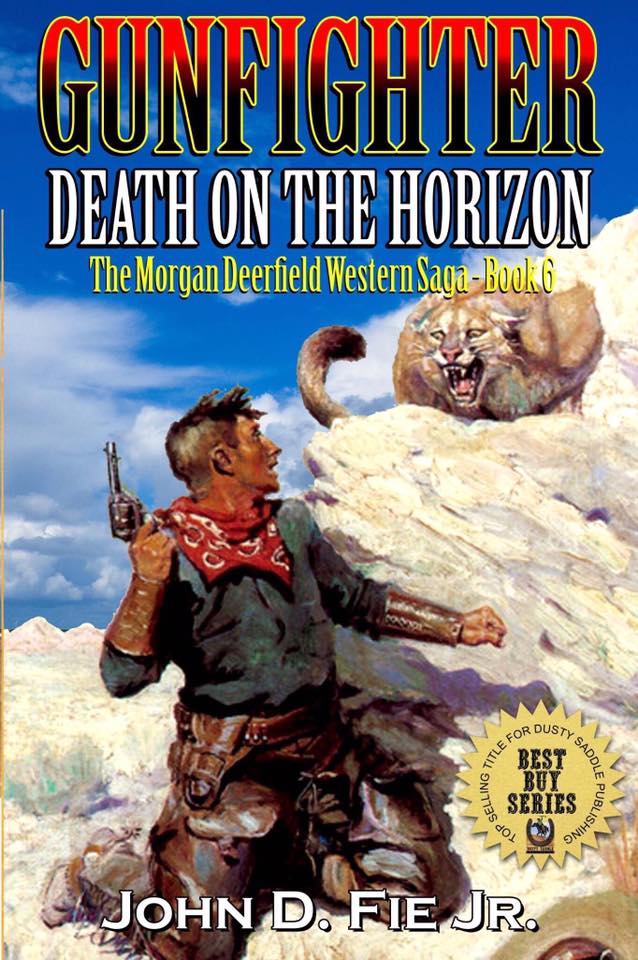 The Old West. A time of man’s bravery and fears. A place where a man needed every ounce of his strength to survive. A barbaric time. A better time. It is a place we call the Old West. This is an exciting adventure in that dangerous, yet dramatic and exciting place.

A powerful new series from John D. Fie, Jr. continues! Morgan Deerfield finds out his quest for peace is not easy after gaining the reputation as a notorious and deadly shootist that spanned fourteen years. Morgan realizes now that his desire for peace is much harder, as each day brings him a new challenge.

Morgan Deerfield’s quest for peace so far has been a difficult one, with two attempts having been made on his life within the past year. But Morgan remains firm in his resolve, in the hopes that one day, the long shadow he casts will be erased and peace will come. But then, he begins to see death on the horizon…

Times are changing in Hamilton and the surrounding area. The peaceful atmosphere has been shaken up, and the Trails End is seeing its share of excitement. Morgan’s past is haunting him and all who know him are concerned. With a kidnapping attempt made on Miss Betty, and horse thieves in the area, it all comes to a head in this exciting installment of the Gunfighter series.

Grab the exciting sixth book in this Western adventure series!