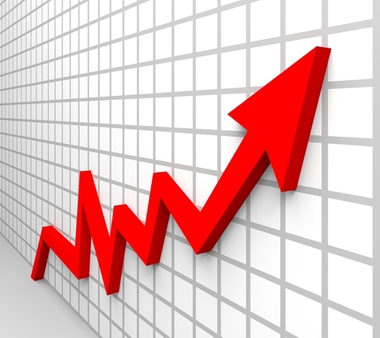 Fifteen books in the top twenty come from authors I have been working with. That’s fifteen new authors who have fifteen new stories to tell.

Here we have William H. Joiner, Jr. who has several hits in the top one hundred. This one, of course, is “Duel Under The Arizona Sun.” It’s been a long-term hit– but built on the back of several other releases that were promoted and gained William the reputation of a top Western writer. Now if we were counting the top twenty-one, we could mention “Johnny Salina: The Seeker” by Gary Hinson. A fine book… but we will have to wait until it goes into the top twenty before we can talk about it.

“Good Man–Bad Enemy” from Gary Church has already been to number one, but months later it’s still in the top twenty bringing in the sales. “Marshal of the Old West” from John D. Fie, Jr. stands at #17. This has been a successful hot hit for Mister Fie. “12 Gauge Justice” from C. Emerson Law stands at #16. A fine example of a Western that came out and caught on with readers very quickly.

D.M. Haggard stands at #15 with “Pursuit.” Haggard was discovered by Dusty Saddle Publishing and proved to be a very popular author. Paul L. Thompson stands at #14 with one of his popular “Shorty Thompson” novels. His series has been popular for years now with over 70 books in the series. Mike Mackessy stands at #13 for Outlaws Publishing–this one has been number one and is still sticking around. Way to go, Mike!

C. Wayne Winkle sits at number ten with the first book in his tremendous “Searcher” series. Four of these books are currently on sale and three of them are in the top twenty. Mike Mackessy, again, stands at #11 with “Down From The Mountain.” A tremendous hit–a previous number one!

Here are the other two books from the “Searcher” series inside the top ten. C. Wayne Winkle stands at #8 and #7. Several of the books in this series have been number one bestsellers, including the one on the left—book three.

“Second Hand Colt” from George M. Goodwin stands at #6. This one was a popular signing by Outlaws Publishing. There are many more books from Goodwin to come. #4 is “Frontier Lawman” from Gary Church. The first three books in his series have been to number one–no reason to doubt that the fourth won’t follow suit.

And at NUMBER ONE and NUMBER TWO, we have Randall Dale with the first two books in his tremendous series. Both have been to number one, and a third is on the way to market.

So, now we’ve proved that new Westerns can sell, how are you going to get your book into the top twenty? I think you can follow the trail that has already been blazed. Now, it’s true these books were all heavily promoted, but the very base of their promotion was… the THREE C’s.

Anyone can use similar techniques to bring their books to the fore. With the Western readership crying out for good, new stories, it’s likely your book will find acceptance. As long as you have a quality story to share, you make it visible—and you follow the three C’s—you can’t go far wrong. What are the three C’s, you ask?

The second C is Commitment. We all have commitments in our lives, and those commitments sometimes seem like a problem. But in reality, a commitment is just achievement in process. As an author, you have to commit to your book and commit to its success. If you don’t commit to your book, you won’t be able to be consistent (the first C), and you will find it harder to be successful. Commitment gives you the grit needed to get the job done. I ask all my clients to be committed to the promotion of their book. I ask them to answer interviewers, to write blog articles, to be involved, because unless you love your own baby, how can you expect anyone else to?

Randall, among many other authors, is the perfect example of an author who has used the three C’s to make his series a success. He’s consistent, committed and cool—with his level head, drive and maturity—and all of these things have driven his book to the highs they currently hold as much as any advertising or promotion.

How about you? Are you able to copy this strategy to make your books successful? I think so. You don’t need anything other than yourself to be successful. You can do it yourself. Anyone can do it. Try the strategy outlined in this post for yourself. Be consistent, committed, and cool, make your book visible, and share your story with the world using the three C’s!