How The Three C’s Drive Those Western Book Sales Up… And How You Can Use Them! 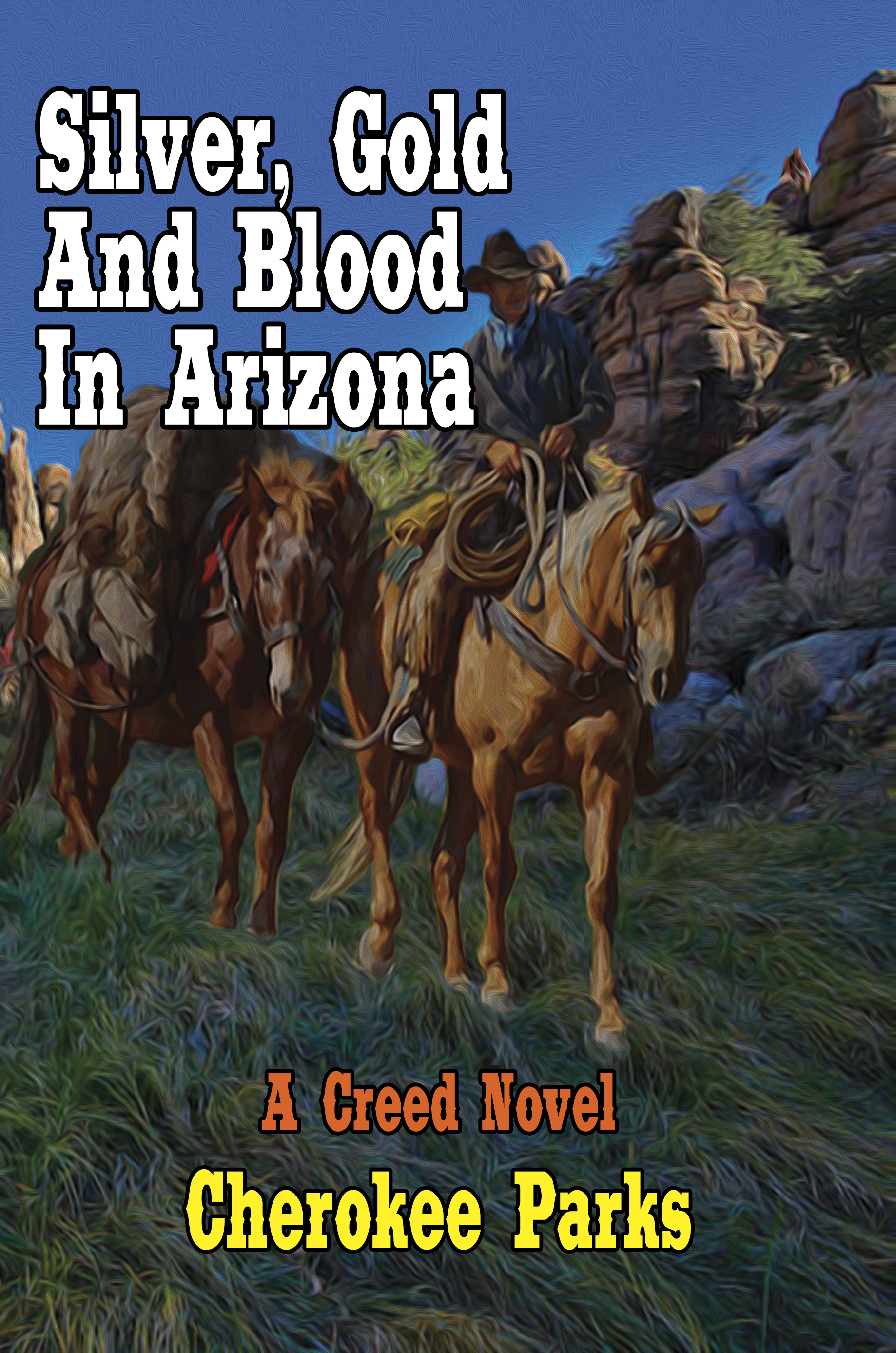 A brand new Western from the bestselling author of “No Town For Outlaws,” “Death For Hire” and many other great Western adventures! This is “Silver, Gold and Blood In Arizona” from Cherokee Parks!

Somewhere in Texas – History tells us that living in Yavapai County and in and around Prescott and the Bradshaw Mountains during the 1870s was dangerous, as the time period was among some of the most violent and disruptive times in Arizona history. Three brothers, Ben, Todd and Zack Creed, faced danger and death as they went about their lives while living there.

Ben was working hard in his mining claims, but after finding a young woman near death close to those claims and nursing her back to health, his list of enemies and the attempts on his life grew. Todd and Zack were working as deputies of the Yavapai County Sheriff’s Office, a very dangerous job in itself in the late 1870s, but the danger they faced daily only increased after Ben struck it rich and added his brothers and the young woman as partners in his mining claims. Then came the telegram from their father calling them home to Colorado City, Texas “pronto” – to face yet another kind of trouble in No Town for Outlaws, the first Creed novel and prequel to this story.