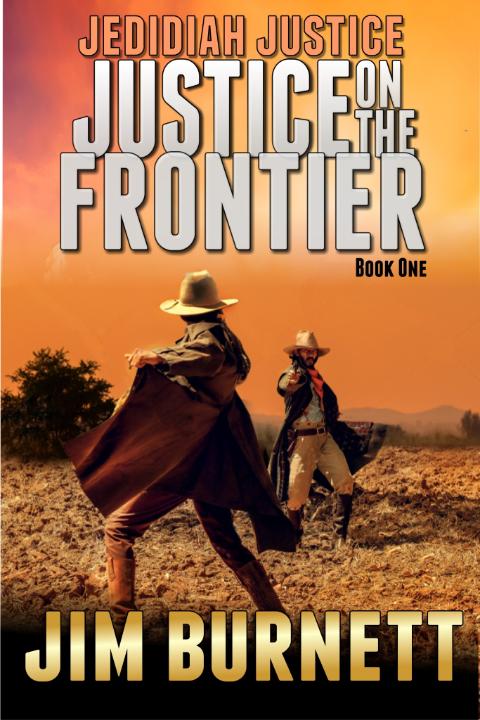 There’s always a need for innovation in the book business, and the Western genre is no exception. So far this year, we have seen a new wave of authors taking risks and making a name for themselves in our industry. Names like William H. Joiner, Jr., Gary Hinson, C. Emerson Law, have scored hits—and keep those readers excited, interested and ready for the next adventure.

The ability of the modern author to write quickly and meet deadlines has been proven time and time again. That’s why it was decided that two authors would start put together two new Western TV-style series in book form. Jim Burnett was chosen to write his “Justice on the Frontier” series, which is currently on the fourth episode. Fred Staff was chosen to write the other series. The title? “Capital Punishment.” The first episode will be released next week.

Two action-packed episodic series from Dusty Saddle Publishing will allow readers to indulge week in and week out. These micro-novels are formulated just as though they were a television series—a self-contained story within a bigger storyline. Each of these series will last a full season—fifteen episodes long—and each will produce a new book to be released weekly.

The nature of such a series is not new. Periodicals have been of value to readers since the advent of the book—but it hasn’t been attempted in the Western genre for a long, long time. Furthermore, it was decided that two authors with a proven track record of speed would be needed to make these series work. Jim Burnett and Fred Staff are those authors. With the first four episodes from Jim Burnett’s “Justice on the Frontier” series now on the bestseller chart—it may very well be proven that the choices were correct, and that the readership has an interest in such a series.

What will come next? Well—hopefully a full TV series for everyone to enjoy on a Saturday night. Surely, the recent successes of the Western genre are proving that there truly is an appetite for a traditional Western TV series.

Western readers need not despair either if they are looking for full length novels to read. Brand new releases from Scott Harris (Stagecoach Willy: Wounded, Hunted and Alone), GP Hutchinson (Buffalo Dance), and Dylan Johnson (Guns on the Texas Plain) were released this week. Two heavy hitters for those who like those long reads.