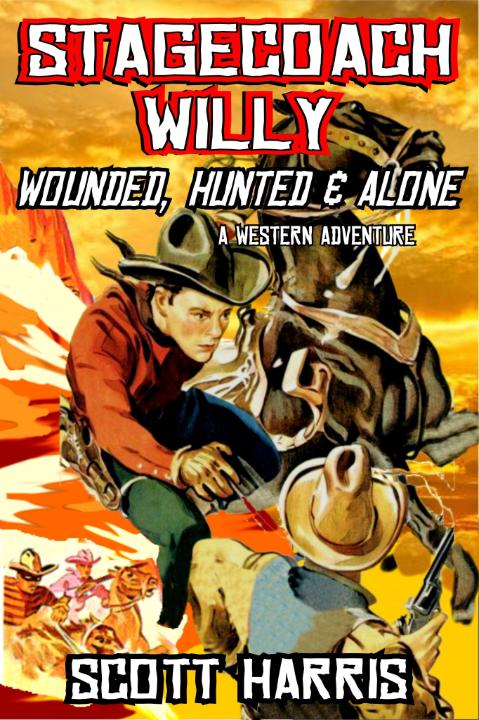 Stagecoach Willy and Ten are known respectively as the best stagecoach driver and shotgun messenger in the West, but they’re struggling to retire and enjoy life from somewhere other than a stagecoach front bench.

So, when longtime friend—and more than that to Ten—gets word to them that they’re the only two men in the world she can trust, and that she’s been shot and is close to death, they don’t hesitate to jump into the deadliest situation either of them has ever faced.

Hunted, Wounded & Alone is the second book in the new Stagecoach Willy series, following the successful first book, 600 Bloody Miles, brought to you by Scott Harris, who is the creator and author of the tremendously successful Brock Clemons and Caz: Vigilante Hunter series.