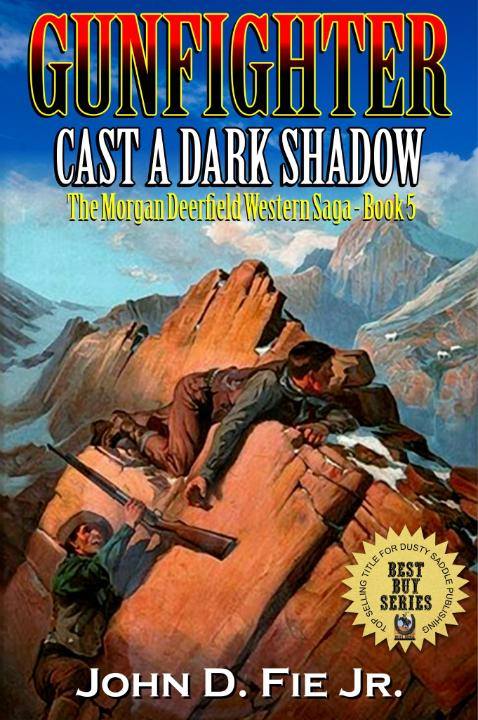 Many people have been asking about the continuing success in sales and success from John D. Fie, Jr. Especially after the news hit that he has moved over one million pages of his series so far this year. Everyone knows that in 2018 he was one of the leading sellers, but how did he maintain that sales pressure and continue his growth in 2019 with a brand new five-book series—his biggest series yet? How can you do the same with your budding Western series?

By the end of 2018, it was clear that John needed a new series. It was decided he would write a series about a gunfighter hoping to hang up his guns and live in peace. “Gunfighter: Morgan Deerfield: Quest For Peace” was the first book in the series—a strange name. Would it sell? How would readers take to this new character?

We knew a number of diehard Fie readers would give the book an advantage to begin with. Those readers would buy anything he released—so we knew we had a limited window to use to propel the series to the top. The book was positioned carefully with the right categories, keywords, forewords and released with very light advertising.

As soon as the book hit the top fifty on the Western bestseller chart, the second book, “Gunfighter: Morgan Deerfield: Turbulent Times,” was released.

The second book held the same categories and keywords but had heavier advertising attached to it. It overtook the first book—and created a situation of competition where the two books were selling off the backs of each other. If “Quest” was higher in the morning, “Turbulent Times” would be higher in the afternoon.

This is where timing becomes very important.

The third book came out and hit the charts. Advertising was increased on “Gunfighter: Morgan Deerfield: Quest For Peace,” and soon we had the first and second books in the series in the top twenty. “Quest” eventually made it to the top ten at #9.

The fourth book came out, and we didn’t run any advertising on it to begin with. It was important to continue to push the first three, causing people to naturally move to book four. This is where the series page became very important. Those three peaked—and then with careful timing, the advertising, categories, keyword and inter-author promotion started on number four, just as it became less effective on the first three books. Saturation point.

The key to this strategy is:

Now, why don’t you try a strategy like this? You could easily do it. You don’t need no Fort Knox gold. All you need to be able to do is time things. It’s like poaching an egg—plop it in, set the timer, and wait for that golden yoke to rise. As always, if you have any questions, please feel free to drop them to me below.