The Rules That Stand True For Selling Westerns Today: And How You Can Use Them! 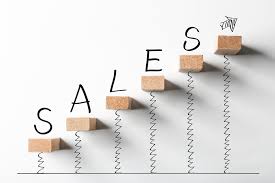 Folks often ask me the strategy to selling books. What does it really take to move those units? Seriously, it’s mostly about rules that stand true.

A good friend of mine, Harvey Cooper, who worked on the promotions side for RCA Victor, inspired this line of thinking. (you can read his interview here) He once told me that Colonel Tom Parker, the mastermind behind Elvis Presley, had rules that stood true. Certain rules that he knew would sell records, hype personal performances and build the world’s first modern global superstar.

“Rules that stand true?” I thought.

Look at any Western hit and you can see the rules standing true. The author, publisher, marketer may not even know about the rules—may not even realize what they are doing—but they are following a series of rules that lead to sales.

For example, Trends. The book business is filled with trends. I often sit with two of the most prominent Western publishers and look through the new releases from Western authors. We can usually pick out the ones we will see on the charts. Why? Because we know the trends. It was Texas Lawmen, it was Mountain Men, it was on and on and on… If you see someone who is following the trend, perhaps even unwittingly, you can almost guarantee they will score a hit.

Style of cover. It’s important to take a look at the covers that are selling books. At one time it was blue skies—anything with a blue sky was a momentous hit. Now it’s moved onto something else and in a few weeks, months, years it will move onto something else entirely.

Fear. Fear holds a lot of people away from the truth. You can’t be afraid when you’re trying to sell books. Too many good books are languishing at the bottom of the ranking on Amazon due to fear. Fear of trying something new, fear of reissuing, re-releasing, fear of repackaging, fear, fear, fear.

Opinions. Everyone has them. Nobody has the right one. That’s the truth. When it comes to Western books, the only opinion that matters when selling books is the opinion of the reader. You may love your cover, you may love your writing style, your mother may love your story, your cover and your little bio in the back—but the reader is the one who has to shell out the cold, hard green cash for the book—and if they don’t like it, then you’re never going to even be read. The question is: What do readers want? What can I do to please the readers?

And so on. I can wax on about the rules for hours.  The writer too scared to make a change is likely failing to sell books. The writer who doesn’t know the genre and the trends likely isn’t selling books. The writer who thinks only of his own personal opinion likely isn’t selling books. But the writer who recognizes the rules sells books. That’s why Gary Church is number one right now around the world. Same with Robert Hanlon, Scott Harris, Paul L. Thompson and the rest. Fighting the rules is insanity. Follow the rules, please the readers, and keep one thing in mind. “Think not what readers can do for you—think what you can do for your readers.”

As always, feel free to message me using the contact form below. Good, bad, or otherwise, I’m always happy to hear from real live folks.