A New Brand Of Western Writing David Watts: An Interview With The Author of “Massacre At Idyll Valley”

Young Texas Ranger Jake Silverhorn, a Civil War Union veteran, joins Captain Ash Rollins and other ex-Confederates seeking BORDER JUSTICE when entering Mexico to recapture stolen cattle from Delgado, an outlaw killer, and kidnapper. On the way there they hang an escaped killer; face an Apache attack, rainstorms and shootouts, a cattle baron with more illegitimate children than his crazy nude wife, who, holds a pistol to his head, can stand. Also tales of a “stuffed” Ranger mounted in a saloon, legendary Texas Ranger “Bigfoot” Wallace, Jake’s romance with a dying Civil War nurse, a slave’s escape north, and a humpbacked old man whose shotgun keeps a thirsty Jake from a trickling stream called, DIME CRICK. There’s Lonnie, a young bumbling Ranger who breaks his leg and is captured by the border bandits, and harmonica-playing Yancy, a Ranger and ex-soldier of the south who hates “Lincoln’s War of Northern Aggression” and needles Jake for his Yankee past. The novel ends as Jake and a beautiful young kidnapped woman escape the boarder bandits and Mexican cavalry in a deadly gun battle crossing the storm-swollen Rio Grande back into Texas. 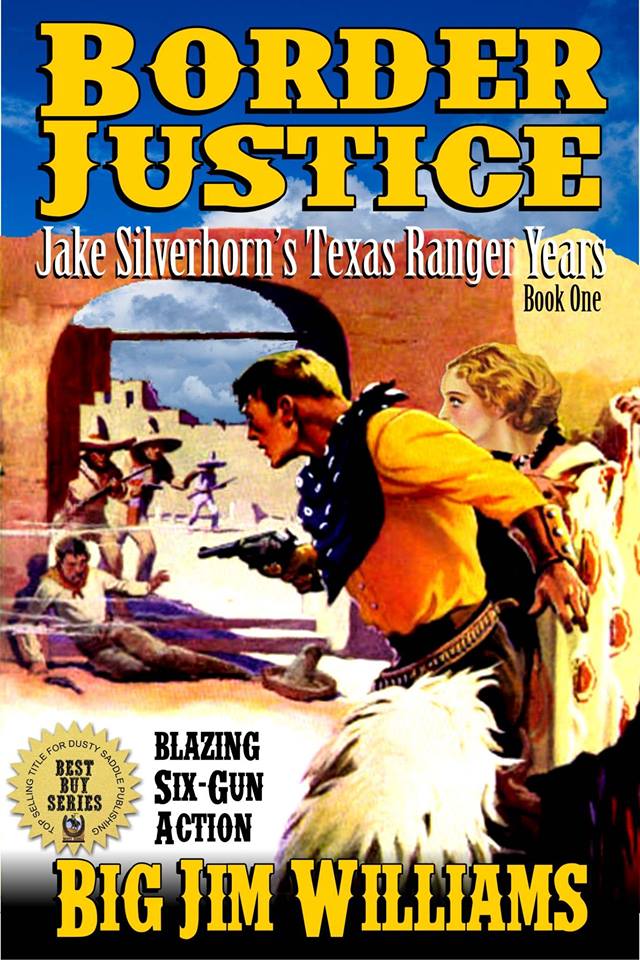