The Reckoning: A Reno Carrigan Western: A Western Adventure

“A Long Way To Texas” From Dave Sebeslav Closes In On The Number One Position!

“A Long Way To Texas” from Dave Sebeslav. What a book! What an author! What a HIT! This Western adventure has been heading towards the top spot for weeks now. Slowly, quickly… whatever you want to call it, the rise is inescapable. The fact is that, above and beyond many other titles released at the same time, this one has taken on a life of its own—and has become a bona-fide hit.

It’s inevitable really. The Western, one of the most popular genres to be involved in currently, has been going through a reinvention over the last few years. The modern Western (authors such as Paul L. Thompson, C. Wayne Winkle and Robert Hanlon leading the way) appeals to a larger, more interested readership. The Western, like it or not, has been giving the other genres a run for their money.

And all this without associated media filling other outlets. All this without traditional Western music blaring from the radio and TV shows on prime-time TV. This reinvention has been led by the Western writer—writers who write stories for today’s audience.

And that audience has been responding with nothing but praise. Authors like Paul L. Thompson now make up a huge portion of Western sales—and why? Because the stories are fresh, inventive and yet, oh so traditional. This applies to Sebeslav, too. Readers have latched on like a thing possessed to his new novel “A Long Way To Texas,” a traditional Western that appeals to the modern readership. 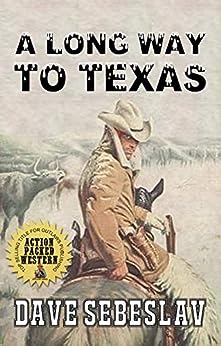