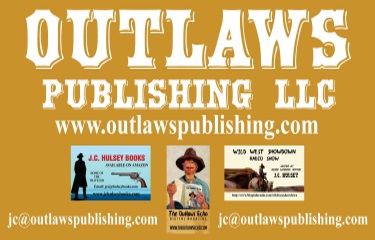 If you’re looking to get some of the greatest adventures in the West. You may be inclinded towards checking out the books of David W. Bailey and Frank Paul Atwood. Both are popular Western writers who have plenty of titles to choose from. 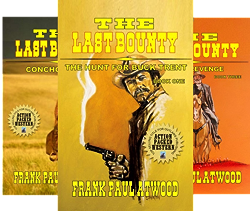 Buck Trent enters Arizona Territory in 1875, unaware of a bounty on his head by an unknown enemy who has never seen him. An enemy crippled in an explosion which happened at the end of the Civil War, in which he heard the name ‘Buck Trent’ before he passed out and woke up half-a-man. A fast paced western, intermingled around attacking wolves, Comancheros, rattlesnakes, and Cavalry deserters, ending in a battle where Buck, a wounded bounty hunter, and an ex-buffalo soldier, combine to fight overwhelming odds. You can download the whole series by clicking here. 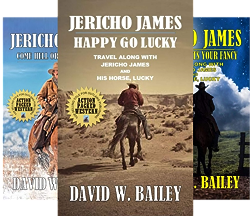 While Jericho is telling his story to his grandchildren, they interrupt the story to ask questions, or make a comment of what they just heard. The story jumps back and forth from their present day of 1916 to 1876 in Jericho’s story telling. The Jericho James saga is a four book series. Each book contains the story of Jericho James and his horse, Lucky as he travels across America. You can download the complete series of four books by clicking here.