The Truth About Hitmaker Cobb: An Interview With Current Top One Hundred Bestseller Douglas R. Cobb 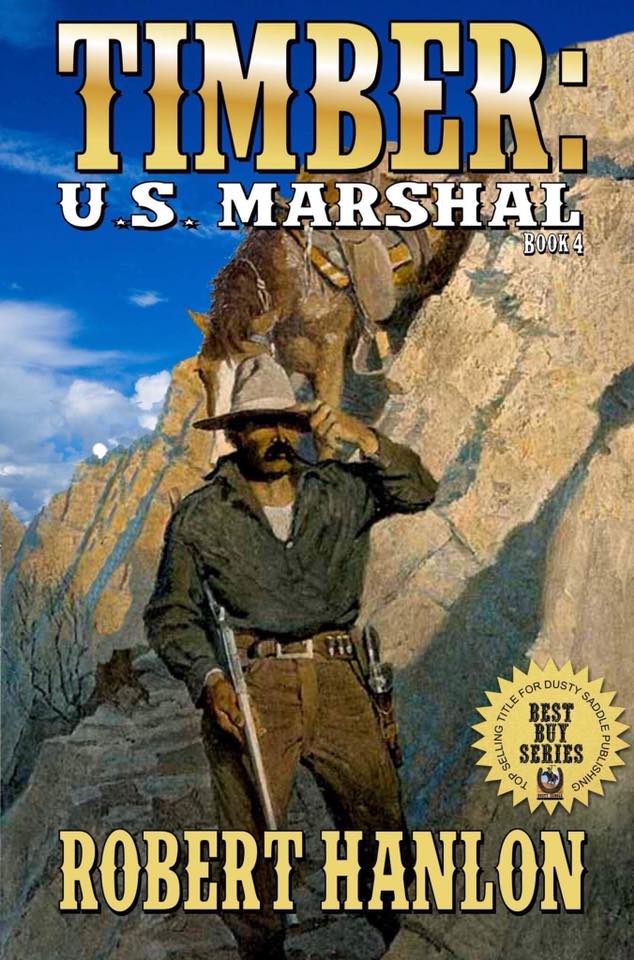 Subtle is not a word I would use to describe Robert Hanlon’s “Timber: United States Marshal.”

Granted, you’re almost four pages in before Timber kills his first four men. And the story picks up steam from there and never slows down, not even for a page.

The storyline is deceptively simple. Two Western stereotypes — greedy, murdering mine barons — battle for control of each other’s gold mines and for the town of Heaven Brook, an ironically named town if there ever was one. The two men do not bother with elaborate plans, infiltration or moral ambiguity. Their answer to every attack and any opportunity is more men, more bullets, mass slaughter and a few explosions thrown in.

This is the first in an ever-growing series of “Timber” books. They’re about a bounty hunter named Timber, who, with full support of the territory government, is asked to wipe out every bad guy in the territory, with the death sentence appearing to be the only option and usually without wasting the time necessary to have a trial. Timber is huge, tough and fast with a gun, and he has courage enough for three men.

Where this book veers off of the traditional Western path is the sheer quantity of men, battles and deaths. The two miners have hired, literally (and yes, I know what literally means), hundreds of gun hands. Deaths are rounded off by the dozens, and when one huge group, from either side, is wiped out, they are quickly replaced by what appears to be an unending line of readily available hired guns.

Wagon trains numbering over a hundred wagons are destroyed in huge explosions. The two sides have dynamite battles, taking turns throwing them over a dividing wall at each other, and when the townsfolk have finally had enough, they band together and join the fray, all armed with shotguns and a simple mandate — kill anyone who isn’t them.

Timber is the master manipulator, playing the two miners against each other, but risking his own life to do so.

In the simplest of terms, if old-fashioned Westerns where only a couple of people (or even a few) are gunned down aren’t enough for you, give Hanlon a try.

I hope you give it a try, and I’d love to hear your feedback.

Thank you, and enjoy!

You can purchase this great new Robert Hanlon bestseller by clicking here.