Why Now, Now, NOW! Is The Right Time To Believe In Your Western Novel

The latest Jim Burnett Western bestseller is called “The Bible and the Badge.” This exciting new release is Jim’s way of paying tribute to those brave men, and women, who police the streets and keep us all safe. Lucas and Levi Reese are twin brothers who answer the call of God to be lawmen in the Kansas frontier town of Caldwell. Raised by Quaker parents on their homestead in Horse Creek, Wyoming, law enforcement seems to go against their upbringing until these two and their family sense God’s call for them to wear the badge and tote the gun.

These brothers, with their badges, guns, and godly convictions, bring law and order to Caldwell and honor to their Lord. Consequently, Lucas and Levi Reese become two of the best lawmen the state of Kansas has ever seen.

Lets meet with Jim and find out more…

Jim, what was the driving force behind writing this new novel?

My dad was in law enforcement as I was growing up, and I was taught very early in life to love and respect those who wore badges and risked their lives to keep us safe. In this past year, as a Christian pastor, I felt the need to remind us from the Bible that the Lord has ordained the laws of the land and has raised up men and women who will enforce those laws for the good of humanity. Without law and order, there would be utter chaos.

Therefore, I have written a Western tribute to all of our men and women who wear the badge, whether law enforcers, military service men and women, or other first responders. They are the true heroes of our nation, often putting their lives on the line to protect ours.

Scriptures that motivated me to write this novel:

Romans 13:1-6 (NIV)
1  Everyone must submit himself to the governing authorities, for there is no authority except that which God has established. The authorities that exist have been established by God.
2  Consequently, he who rebels against the authority is rebelling against what God has instituted, and those who do so will bring judgment on themselves.
3  For rulers hold no terror for those who do right, but for those who do wrong. Do you want to be free from fear of the one in authority? Then do what is right and he will commend you.
4  For he is God’s servant to do you good. But if you do wrong, be afraid, for he does not bear the sword for nothing. He is God’s servant, an agent of wrath to bring punishment on the wrongdoer.
5  Therefore, it is necessary to submit to the authorities, not only because of possible punishment but also because of conscience.
6  This is also why you pay taxes, for the authorities are God’s servants, who give their full time to governing.

What was your first experience with those who work to keep the public safe?

My most vivid recollection was at the age of 16, immediately after a car wreck in which I was involved. The deputies were there to direct people safely around the wrecked cars, and the paramedics made sure I was okay. As a pastor, I have been on the scene of a lot of wrecks and I’ve seen first hand the amazing work of these first responders. These special people are game changers and life savers.

Why did you feel it was important to pay tribute to those working to keep us safe, and healthy?

The environment we live in today was one of the motivators for the novel. I believe being a first responder in the 21st century is a daunting task, and therefore, they need our encouragement and gratitude. I also want to encourage the next generation to consider answering the call to serve in these capacities.

How did you want to portray these important people in “The Bible and the Badge”?

As the heroes they are. They have a personal calling upon their lives and it requires tremendous, commitment from not only them, but their families.

Where did that inspiring title come from?

It was inspired by the direct link that exists between peace officers’ duty and sacred call. Thus, “The Bible and the Badge” seemed very appropriate and catchy.

How do you feel about the success you’ve been having lately with your Westerns?

I am blown away and very grateful to the Lord for the desire and ability to write. The thought that people would want to read what I write is exciting. Also, to be able to move people’s emotions by a short story or novel is pretty fantastic.

What are you currently working on?

Currently, I am working on four other Western novels. Two of them will be additional installments in my Caller’s Springs Series. The other will take me in a little different direction. The fourth will be a new endeavour for me: to write my first romance novel.

Can you share a prayer with our readers for the lawmen of America?

Heavenly Father, thank you for the men and women you have raised up across our nation who serve under your authority as peace officers. I pray for their daily safety. Surround them with your protection and give them joy in their service to You and their communities. I also pray for the families of officers and soldiers, as we know they are often burdened with knowing their loved ones are in hostile surroundings.  In Jesus’ name. Amen.

WITH HIS LATEST BOOK

THE BIBLE AND THE BADGE 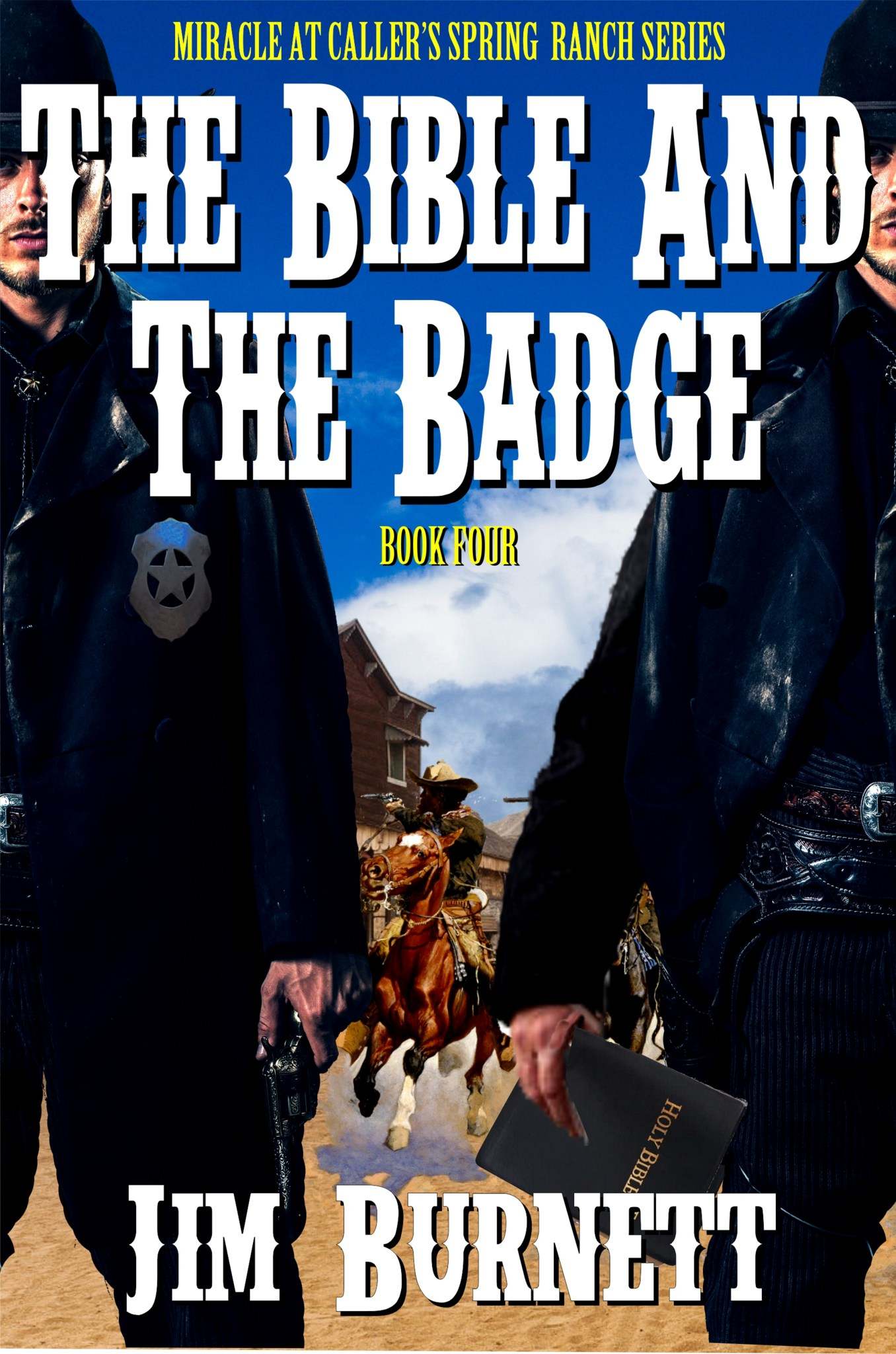