“The Call Of Coyote Canyon” Features Stories Inspired By Western Hitmaker Scott Harris And Will Be Released Soon!

Western “Six Bullets To Sundown: Volume 14” Will Be Heading To Market Soon!

“I think this one will really show readers what western authors are capable of,” foreward writer Douglas R. Cobb said. “It’s got all the ingredients that make a really successful western collection.” 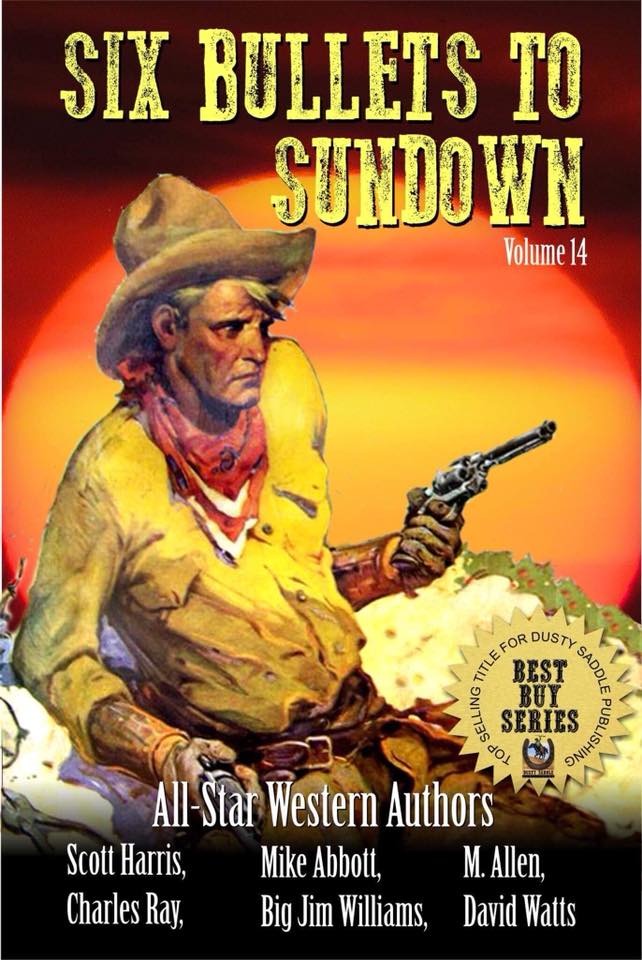 Have You Read Volume Thirteen? 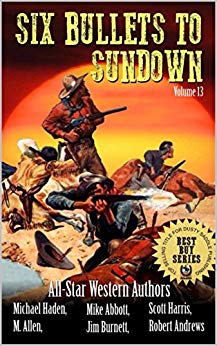 Action, adventure, danger and love come at a high cost on the range. With gun in hand, a bounty hunter can make a name for himself, a sheriff can keep law and order, and a rancher can hold onto his property. With gun in hand, a man must make his mark in the wilderness of Western America…

These are the stories of pioneers, lawmen, bounty hunters and outlaws. These are tales of the Old West written by some of the most popular Western authors of today—six brands of steel from Michael Haden, Jim Burnett, M. Allen, Scott Harris, Michael D. Abbott and Robert Andrews. Six electrifying, intense, action-packed Western stories that will keep you riding, shootin’ and hunting down the outlaw in your neighborhood.

With the thirteenth volume of “Six Bullets to Sundown,” you will find that the West has never been more alive. Now ride, cowboy, and be a part of how the West was won!

Other titles by these Western authors are also available.