A brand new interview from Fred Staff taken from “Forum.” You can read the original interview by clicking here.

Fred Staff was born in Seminole and raised in Pawnee, Oklahoma His love of history drove him to write books that make history come alive and at the same time gives the reader action and excitement. The numerous reviews he has received on his first book ROCHA’S TREASURE OF POTOSI explains why it is a best seller in Bolivia and highly acclaimed in the USA.

You must understand that I was raised in the middle of real life Westerns. My father’s office was next door to a saddle shop, in a very small town. I didn’t wait on him in his office; I spent many hours in the saddle shop. It was a hangout for all the farmers and cattlemen of the area, so from the time I was 8 or 9, I heard story after story from the men that were a part of the Western life. This was in the 1940s. Every Saturday, all of us boys had to attend the only movie house in town, and it always was a Western. Your life was a mess for a week if you missed it, and often I went to the same movie twice, the matinee and then that night. It was here that I saw “Shane” for the first time, and it opened my eyes to what a real Western story was. I also remember seeing “Duel in the Sun.” These movies where the good guy didn’t have to sing, wear white hats and ride a fancy horse sent me on the trail of the real West.

I was also raised in Indian Country, and for most of my life, Indian children were classmates and teammates. I visited their homes, and they visited mine. This gave me an insight into their families’ pasts as their parents and grandparents told stories of their early days. One of the most exciting things was attending the Ada, Oklahoma, rodeo. At the time, it was the third largest outdoor rodeo in the world. I rode in the parade several times.

My grandfather was the mayor of Stonewall, Oklahoma, and had been a small rancher. He was friends with Dick Truit and Evert Shaw, residents of the town, and they both were world champion rodeo performers. Through him, I met and visited these real men of the Western world.

We moved to Pawnee, Oklahoma, when I was 13 and Indians in blankets still shopped and visited on the streets. Many of their children and grandchildren were my friends. The town also had an Indian boarding school, and about a fourth of my classmates were from there. At that time, Pawnee had the world’s largest free Indian Pow Wow. I spent many a night watching the dances and mesmerized by the great costumes.

I had this strong background in the love of the West and was an above average history student. My family lived mostly in eastern Oklahoma, and I traveled that part of the country and heard many a story of that area. Many years later, I took three Western history courses from Royce Peterson at the University of Central Oklahoma. He has to have been one of the greatest and most knowledgeable teachers of the period. He and I became friends and spent several hours after class discussing the history of the West. I give him the credit for my LOVE of the West. I was into it, but never had the grasp of the magnitude until learning from him.

About the same time, I came to Bolivia to mine gold. I spent five years coming and going, and in one of those years, I helped build a school in Trinidad, Bolivia, not the island. This city was the center of millions of acres of cattle land, and the city was as if you had gone back in time at least 50 years. It was like the later days of the Old West.

Later I married a Bolivian, and her cousin was a witness to the exhumation of the grave that was thought to be that of the Sundance Kid. By the way, it was not Sundance’s grave. It was the body of an English mining engineer.

Of course, my conversations with Peterson had several times touched on Butch and Sundance, and I returned to the states and we shared more stories about Bolivia and the famous pair.

“Riders of the Purple Sage”

Any of the books by my favorite writers. If I was going to be there a long time, Zane Grey books, because they are very difficult to read and would consume a lot of time.

“The Outlaw Josey Wales,” “Shane,” “Open Range,” “Unforgiven,” “Culpepper Cattle Company,” “Butch Cassidy and the Sundance Kid,” and “Tombstone.” Sorry I can’t name three. Each of these has something special in them that I really liked.

I would have to say the “Bass Reeves Trilogy.”  I spent hundreds of hours in research on these, and they all became best-sellers. No one is better than the other. In fact, they all have to be read to get a grasp of what a great man he was. I don’t know how many times I thought that his real story was fiction, as he was such an amazing man, so far superior to all of the more talked about Western lawmen.

It will be fiction. I love to write historical novels, but I have a request for a fiction book, and it will be about a Civil War sniper who has turned against the evil of the time, because his family has been destroyed physically and financially by the war. He will become known as the Devil by those he hunts. He will ask no quarter and give none.

The development of Oklahoma. There was more action from 1870 to 1910 here than any place in the U.S. What year is up for grabs? I would think that anyone who survived a year during this time should have gotten a medal.

Is there a question you’d wish I asked? The answer?

Have you written anything other than Westerns, and why?

The answer? Yes, my first book was “Rocha’s Treasure of Potosi.” It became a best-seller, and I spent more than 15 years developing the story. It is set in the most industrialized city in the world during the 1500s and the source of much of the riches of Spain. It is based on the true life of a man that nearly broke Spain and the Catholic Church. I had never written a book of any kind till this, and its great success drove me to write more historical novels. The thing that I tried to do with the story was educate the people of the United States that South America has a history that far surpasses the States’, and events there greatly influenced the States’ history, yet few know anything about it. An example is that the $ sign was based on the mint stamp used in Potosi for the billions of dollars of silver shipped to Spain. 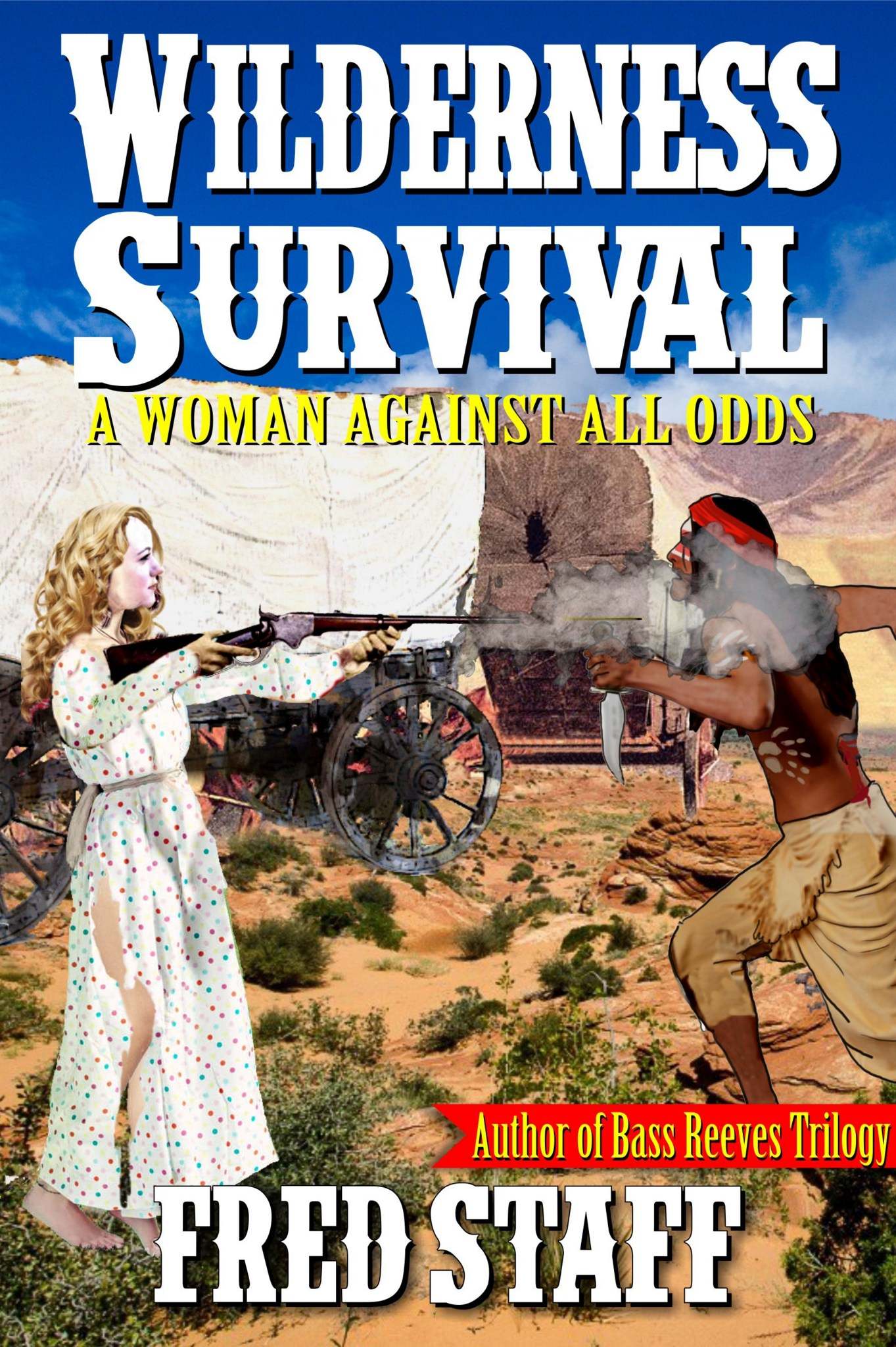