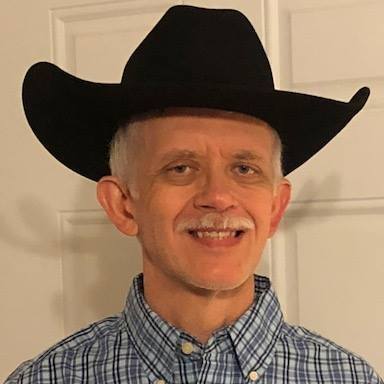 What is the “Gold Standard” when it comes to accuracy in Westerns? All authors of Westerns—of course, myself included—strive to be as historically accurate as they can, even though they are writing novels and not works of nonfiction, biographies or autobiographies. There is a lot of “wiggle room” for authors of Westerns, and rightly so, for any number of reasons.

For instance, were any of us alive when the historical figures we often write about roamed the West and had their adventures? No, we weren’t, and unless they wrote about something they did or were directly quoted, what they said to each other has been lost to the sands of history. But that doesn’t prevent us, us authors, from trying to come up with possible things they might have said, and for the most part, the kind folks who read our humble efforts are fully aware of that. They only expect certain things to be accurate, not every single aspect of what an author has included in his or her novel.

Does this willing suspension of disbelief, as it’s often been called, have exactly the same rules for every fan of Westerns who reads them? No, it does not, except for basically accepted tenets—like cowboys shouldn’t be wielding ray guns (unless it’s maybe a sci-fi crossover, a separate but related topic). They generally wear boots and not shoes like Nikes or high tops, etc.

But as one historical figure I have written about said (at least, I wrote his words, though there’s zero evidence he did say it), “If it was a fair game, I’d play by the rules, and may the better man live to fight another day. But, in this case, it’s definitely not a fair game.”

There is not really any established “Gold Standard” across the board for every Western ever written. In the novel True Grit, by Charles Portis, for instance, people accept that Marshal Rooster Cogburn never really lived, but was a fictional character, based on several other lawmen who lived in Arkansas. The first movie, based on the novel and starring John Wayne, is supposedly set in Arkansas and Oklahoma, but it was filmed in Colorado and included the Rockies as a backdrop in some scenes. Wayne used a Winchester made in 1893, which was not in existence during the time period Portis was writing about. Do any of these facts make the novel less of a classic, beloved by fans of Westerns, or the movie also less beloved by fans of it? I would argue that just because neither the novel nor the movie adhere strictly to facts, that has little bearing on their popularity or the ratings that fans give them.

However, in other cases, like a recent review of The Guns of Heck Thomas, how a fact was interpreted by the reviewer led to the book receiving a rating of three stars at Amazon. Now, three stars is not exactly a terrible rating, but the headline title of the review was: “Heck deserved better.” The review was all of three sentences:

“Well U.S. Deputy Marshals did get rewards! Unless it was a federal warrant. This book fails historical review.”

I did take some pains to try to get as many facts in The Guns of Heck Thomas as accurate as possible. One was regarding whether deputy marshals in Fort Smith under Judge Isaac C. Parker ever received any rewards, other than the pay derived from elements like the numbers of outlaws they arrested and brought in alive, and the miles that they traveled and got reimbursed for, for example.

Deputy marshals in Arkansas were not bounty hunters, in any sense. A couple of park rangers I personally asked about this question, while researching the novel, told me that receiving rewards wasn’t the policy of deputy marshals who plied their trade out of Fort Smith during the 1880s. One newspaper of the era called the “Fort Smith Elevator” made no mention of any rewards that Thomas ever received in the accounts about the arrests that it mentioned and trials he attended, like one in which I write about in The Guns of Heck Thomas, involving surviving members of the Lee Gang from Texas.

Thomas did receive a reward for his part in being a posse member in Texas, and assisting in killing two of the Lee brothers, who both resisted arrest. But he was a private detective then, not a deputy marshal, and I duly mention that in the Western. He split the money with his co-leader of the posse, Deputy Marshal James Taylor, but that was in Texas, not Arkansas, and prior to Thomas moving with his family to Fort Smith.

Then, while a member of the famous trio, the Three Guardians, there is at least one account from a newspaper from the 1890s that he received a reward for his part in bringing a criminal to justice. That was, however, after he began the second part of his career, and each state may have had their own guidelines when it came to such considerations.

Before and during the Civil War, Heck Thomas referred to black people as “darkies.” I wrote in my novel that the war changed him, and afterwards, he came to regard each person based not on the color of his skin, but on his character. Where’s my “proof” he had changed his opinions about black people? I didn’t have any and still don’t have any proof of that. He may have remained just as bigoted and racist, by today’s standards, at any rate, as he’d ever been. But I chose to portray him more heroically, as a more complex and nuanced person, a more three-dimensional one.

Was that doing Thomas a service or a disservice? At least, in my personal opinion, I was attempting to portray him in the best light possible, though I did not leave out that he, like all men, had faults and personal issues, some of which led to his divorce from his first wife.

Even when it came to bounty hunters working out of the Fort Smith area at the time of the 1880s, I was informed by the park rangers I spoke to in downtown Fort Smith that there were some, but a very low number of them—maybe two or three. Their names weren’t disclosed by newspapers to protect their privacy and prevent retaliation.

I believe that a big reason why there weren’t very many bounty hunters in the area was that bounties for criminals were not often offered. Did that stop me from writing about a fictional bounty hunter, Matt “The Boot Collector” Hardy, in my Western, Gunshots On Hell’s Border? No, it did not. It’s a work of fiction, like The Guns of Heck Thomas and my other Westerns.

I welcome any opinions, comments and feedback about what are or should be considered as “Gold Standards” when it comes to Westerns. Please feel free to leave a comment about my musings here, or about any of my Westerns. An individual’s feelings about the books that he or she reads is what’s ultimately important to that particular person, though his or her rating can potentially, of course, influence the future sales of the novel and the income of an author for the better or the worse.

Just a question! Have you tried “The Guns of Heck Thomas?”

From Douglas Cobb, the bestselling author of “Crossing the Dead Line: The Guns of Bass Reeves,” and “Men of Iron Will” comes his new hit Western, “The Guns of Heck Thomas.”

When Heck Thomas became a United States deputy marshal, he had already begun a colorful career in law enforcement. His mission to rid the country of despicable outlaws began in Georgia, took him to Texas, and finally to “Hell’s Border,” in the wild town of Fort Smith, Arkansas. Join United States Deputy Marshal Heck Thomas on his quest to avenge injustice throughout Indian Territory. He’ll stop at nothing, even at the expense of his personal life, to hunt down and capture the violent men wreaking havoc in the region.

Meet “The Guns of Heck Thomas” from Douglas R. Cobb. 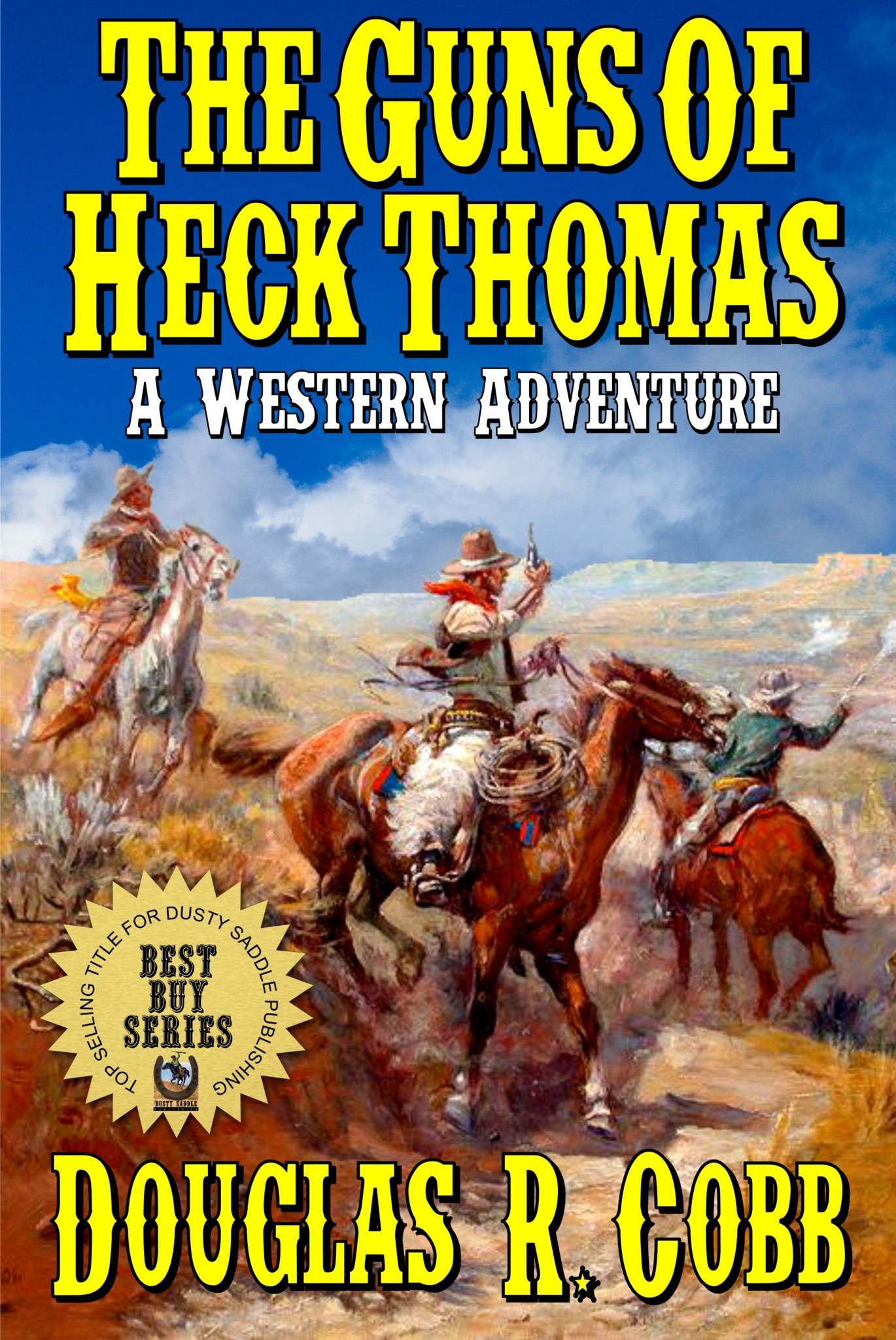