Robert Hanlon– that’s a name many Western readers are familiar with. Why? Because he’s one of the biggest names in the Western book business. His first big western hit “Clint Cain – The Texan Avenger” has recently been reissued. Why the need for a reissue? “Well,” Hanlon explains. “I wanted to make some changes.” Let’s meet Mister Hanlon and find out how he became such a success. 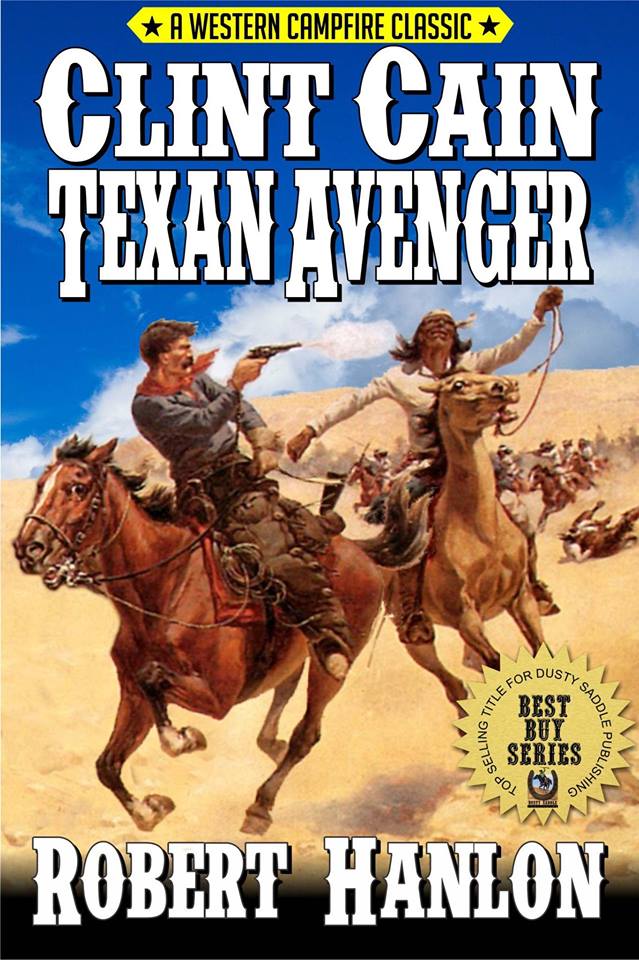 From Robert Hanlon, the bestselling author of “Texas Bounty Hunter,” “Bounty For The Preacher” and “Pecos Bounty Hunter” comes his best Western… “Clint Cain – Texan Avenger.” Vengeance, repentance and justice come in many forms. For Clint Cain, it comes in the form of his gun—a gun he knows how to use better than almost anyone else.

Filled to the brim with action, adventure, plot twists and gunsight justice—Clint Cain is not a man to be crossed. This is a book filled with the dead, the dying and those who don’t get in his way—because those who do cross Clint Cain end up dead. Real dead.

If you like your Westerns written in the style of Cherokee Parks, Bruce G. Bennett and Paul L. Thompson—you will love “Clint Cain – Texan Avenger!” Download your copy today and start a read filled with action, adventure and drama—and the bodies of dead bad guys.