Proof That The Western Readership Lives On In Large Numbers…. 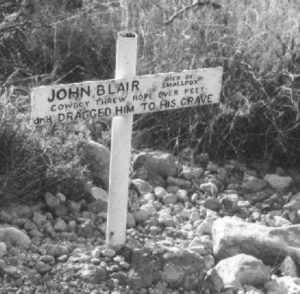 Western authors arrange calls me with often and start with something along these lines: “I wrote this book called ______ and nobody is buying it. Nobody buys Westerns anymore. It’s so sad.”

I have to smile. I mean, you have to smile, don’t you? It’s one of those strange “certainties” that people are so sure of—Hollywood isn’t making Westerns anymore… so they must be dead, right?

Well, that’s not true. I was talking to a well-known middle of the road musician a few days ago, who explained that record companies are losing money every day of the week. Why? Because they don’t back middle of the road music stars and make albums with them. Guys like Andre Rieu, Peter Nero and the like are not encouraged by major labels—yet their records sell in the millions to people who enjoy listening to melodic music.

That’s how the Western is enjoyed these days. Hollywood has given up on it, and major publishers are avoiding publishing them. But authors are still writing Westerns, readers are still reading Westerns and small publishers are building huge corporations by publishing them. Just as Peter Nero still makes albums of piano music, and Andre Rieu tours the world and has become one of the biggest record sellers and touring attractions in the world. Who needs Hollywood and Madison Avenue?

Those Western authors who promote their books have a monopoly. These are authors who can hold a dozen or more positions on the bestseller charts. The unpromoted Western isn’t found—even though readers want them very badly. The same musician told me that when he signed his first contract with a record company, they would set aside hundreds of thousands of dollars to promote new talent. I know of only three smaller book companies that will put money into promotion. I know of few major publishing companies that promote responsibly. A press release on its own is not promotion—no matter what it says.

So, my point is this: How can you judge the size of an audience who can’t see your book, yet when a little bit of effort is put into promoting a book, that same audience jumps up and grabs it with both hands? The more you promote—the more your book is seen; and the more it is bought—the more it is seen and purchased by other readers.

Look at Paul L. Thompson. He currently holds seven positions in the top one hundred. He accounts for 7% of sales in the top one hundred bestselling Westerns in America. Did he get there by magic? No. His publisher believes in promotion. I promote his books. He sells because the audience sees him. We change his keywords, we send out mailers, we put him in front of Western readers. It’s the same with Mike Hundley, Alex Cord, Jeff Breland, G.P. Hutchinson, Texas John, Weldon Shaw, John D. Fie, Jr., Michael Haden, Cliff Roberts, Robert Hanlon, and a hundred other talented authors who probably account for 500,000 paid pages read of Western product each day of the week. That’s a chunk of change, and we aren’t even talking about sales yet. That’s just paid pages read on the KU program—a program most “publishers” avoid in favor of publishing on Smashwords. Yes—Smashwords.

Throw in all the multiple products you can put together. Audiobooks, paperbacks, box sets, and the like, and you have your own little industry growing.

It’s as simple as that.

Additionally, Randall Dale, D.G. Wyatt and Clint Clay will soon be joining them at the top of the tree. In fact, I bet we will see them there very quickly. You should check them out.

Okay, maybe I’m just griping here. The joy of writing is to write—but it pains me to hear that there’s no audience for Westerns. Why? Because if that audience is dead, then I’m spending a lot of time talking to dead people—and I ain’t no medium. I leave that to Andy Hopkins.