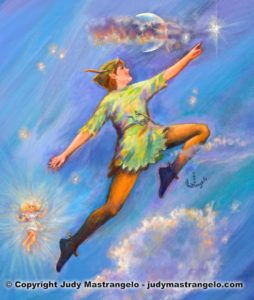 new interview series with Judy Mastrangelo is all about the movies. This is a seven part series… Let’s delve in!

THE AGONY AND THE ECSTASY with Charlton Heston as the great artist and Rex Harrison as the Pope Julius II. This 1965 movie is beautifully done and filmed on location.  It’s fascinating to see Michelangelo in the process of painting the Sistine Chapel, and all of the conflict and turmoil that went into the creation of this masterpiece.

LUST FOR LIFE – In this 1956 film, Kirk Douglas portrays the sensitive and troubled artist Vincent Van Gogh.  I feel it is one of Douglas’s greatest films.  He was a great choice for the part, since he even resembled Van Gogh.

Charles Laughton beautifully portrays the famous artist Rembrandt van Rijn in this 1936 film.  He brings this unfortunate genius to life for us.  Today, this great artist’s original paintings command millions of dollars, but when he was alive, he could barely get enough money to buy food and art supplies.  It was so sad.  Laughton, who really resembles the artist in this old film, does a wonderful acting job.

MISS POTTER ~ 2006 ~ About the life of artist Beatrix Potter.  She is beloved for her children’s book animal stories and illustrations. This film was a great delight for me, since I am a great fan of Beatrix’s artwork.

FINDING NEVERLAND ~ about James Barrie and the events leading to the production of his famous play PETER PAN.  Johnny Depp stars as Barrie.  This is a wonderful film, with special interest for all lovers of this beloved story.  It shows Barrie’s sensitivity and imagination, as he develops a friendship with the mother and children of the Davies family.  The surprise ending is beautiful and touching.

SHADOWLANDS:  There are two versions of this movie about the sad, yet inspired life of the great Oxford don and author who penned the delightful series of Fantasy books THE CHRONICLES OF NARNIA.