You can download your copy of  the hit-Safklo-sized Western “Massacre” today from Amazon Kindle. It’s just 99 cents… so enjoy your weekend with a book that will give you pleasure, for less investment. You can’t go wrong with Safko. 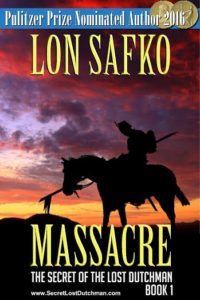