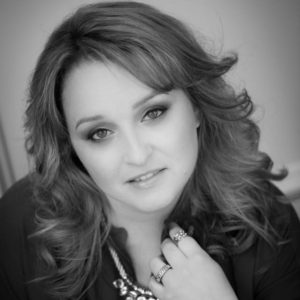 Megan Elizabeth is one of the most exciting authors to appear on the book scene in some time.Megan moved to her new publishing home, Scorched Publishing, and released a new edition of “Sinners Craving: League of the Fallen.” Megan, herself, is driven to succeed with the kind of determination rarely seen in the world today. She lives in New Jersey and certainly has a ‘New York State of Mind” when it comes to success. With “Sinners Craving” climbing the bestseller listings, she has nothing to worry about. If you are looking for a great new paranormal series to start you can get the first book in her “League of the Fallen” series for 99 cents!

Where did the idea for the League of the Fallen series come from?

I had been thinking about writing my own paranormal series for some time but was unsure of what the story would actually be. Until, and you can laugh, I had a dream about Matteaus. Once I saw him clearly, I built upon his story from there.

Can you tell me in your own words what the series is about?

The League of the Fallen is about the first angels to fall from grace. In their pursuit of redemption, they decide to take on Lucifer and his creations. When they enlist the help of the most powerful immortals, the Greeks, things become very interesting as each of these heavenly warriors comes to terms with finding the mate who will turn their worlds upside down.

How would you describe the characters?

I enjoy writing strong leading men and the women who can throw them for a loop. It’s the unexpected couple who makes for the most interesting story.

What made you turn it into a series?

After I developed Matteaus and his fellow warriors, it seemed only fitting for each warrior to have their own story. From the beginning, the League of the Fallen was always intended to be a series.

How do you feel about writers like JR Ward who are doing similar things to yourself?

Writers like JR Ward and Kresely Cole are the queens of paranormal. They paved the way for writers like myself. Those ladies set a standard that is impossible to meet, but I try to do so every time I write.

There are currently two books in the series—how does Borrowed Sins continue the story?

Borrowed Sins is the story of Mika, Matteaus’ second in command. His story is so very different than Matteaus’. Mika’s is a love story that defies the ages and goes over time. We get to see the characters grow and go through incredible highs and the lowest of lows. In truth, I love Borrowed Sins.

Which character will readers identify with most?

I feel most readers will identify with Taylor, my heroine from Sinner’s Craving. Though she’s immortal, she has modern day struggles—she’s a single mom just trying to do what’s right for her son. It’s a struggle many women can relate to, including myself.

How easy was it to develop the story? Did you know where you were going?

This story is very personal to me, and so it developed naturally, flowing over a longer period of time than any of my other novels. Ultimately, I did know exactly where this story was going. It was one of the most difficult things I’ve ever written, but in the end, I love the story of Matteaus and Taylor. They’re utterly epic.

What will the third book in the series be about?

The third book in the series will be about Aidenuli and Meena. We were introduced to them in Borrowed Sins, and their story is full of twists, turns, betrayal, sacrifice and above all else—love. Aidenuli will face the most challenging moment in his existence brought to him by Lucifer and even the one female he might be destined to love… Meena.

How have readers reacted to the series so far?

My readers have been very supportive, showing plenty of love for Matteaus and Taylor. I love hearing what each of them think and look forward to reading their reviews.

Do you think the series could be turned into movies?

I think all of my series hold the potential to be anything. I can’t deny it would be awesome to see them adapted onto screen.

What are your three favorite books?

I only get to pick three? Doesn’t seem very fair. Okay, here goes: The Darkest Surrender by Gena Showalter, Lothaire by Kresley Cole, and Lover Awakened by JR Ward. Each of those books has been etched into my memory and have some of the greatest characters ever written.

I think as a writer you need to read. It’s a way of improving your writing skills and freeing your mind to write your own stories. It also develops a deep love for the written word.

My luxury item would be my Kindle or Nook so I could download and read books in the sun all day. Cliché but very true. 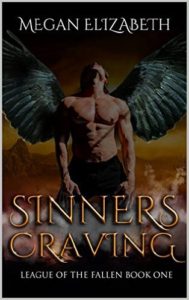 When the sins of the past claim the future, the craving for more can turn deadly….

When the Goddess of Love and the Father of Evil determine your fate, do you fight back?

Matteaus, leader of the Fallen, never backs down from a challenge.

Not even when his fated female proves to be the most challenging of them all.

A former warrior in the Heavenly Kingdom, Matteaus, bears the scars from a past filled with misguided deeds. Determined to right wrongs, his drive for atonement is his only companion – until his next assignment brings him in to the fiery path of a beautiful female who’s been on the run for reasons of her own.

Taylor, having no patience for an unwanted love affair, tries to ignore the instant attraction to Matteaus. Yet, as their desire for each other begins to overtake, Matteaus’ steadfast determination keeps him on the path of righteousness, and away from Taylor’s searing touch. Now Taylor and Matteaus must join forces to protect the ones they love.

Could this be the mission that finally earns his redemption? Or will his past cost him everything, including the one female he is destined to love? Download your copy today from Amazon for 99 cents!