When Will “Lone Wolf” Hit? An Interview with Western Writer Weldon Shaw

Since his retirement, Weldon has had two novels published and set for release in 2015—“Pachuco” (historical fiction) and “The Rise And Fall Of Our Youth” (self-help). He enjoys writing fiction/ romance novels. He believes this gives him the ability to share his inner self and feelings about life with other people. Currently, he is working on a two-novel series entitled Lone Wolf. When Weldon writes, he places himself in the main character’s roll to bring them alive, thus you will see a hint of how this author thinks and feels.

This new interview with Weldon will explain why his writing has been so popular over the last few years. But the important question is this… when will his new book “Lone Wolf: A New Beginning” hit the marketplace, and where can we get our hands on it?

You can learn all about Weldon R Shaw by checking out his Amazon author page. His new book “Lone Wolf” will be released later this year. You can buy a copy of his current bestseller “Pachuco” today from Amazon. 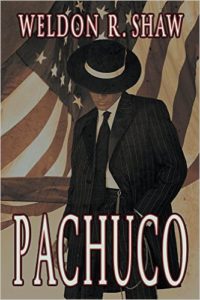