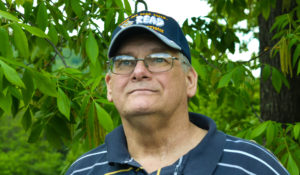 Cliff, thank you for sitting down to this interview.

You are very welcome!

I haven’t decided what my next Western will be about yet. I’m leaning towards an Indian uprising tale of some sort. Don’t worry, it won’t be too long before I write it. I have a couple of thrillers I have to clean up and publish, then I’ll get to play again. I consider writing Westerns as playtime, just like playing Cowboys and Indians when I was a kid. My next crime thriller is about a politician who has figure his way out of not one murder charge but two murder charges. It’s title is SPIN. Check out my other books too like Fatal Mistake, Apollo Road, Conch Republic, and The Fishing Trip to name but a few. Just put Author Cliff Roberts into Amazon, and it’ll take you there. Enjoy.

I started Westerns because my PR man bugged for months to start. I’d always liked Westerns and was inspired as kid to write them, but life got in the way. I wasn’t sure I knew how to write a Western. I mean, how do you complete with Louis L’Amour? Then I remembered, I write books similar to James Patterson and Dean Koontz, and John Grisham and Tom Clancy, so why not try my hand at Westerns?

Yes, I was surprised at the number of people who read Westerns. At first, I thought it was one of the niche genres and that Westerns had pretty much faded into history. I was wrong. The Western readers are great, friendly and loyal to fault. I greatly appreciate their patronage. Thank you for reading my work, and I’ll endeavor to make each new book better than the one before.

Do you think the Western mirrors the American way of life?

What are your own favorite Western movies?

The list is long, but some of them are Fort Apache, The Searcher, Rio Bravo, Mackenna’s Gold, Tombstone, Wyatt Earp, How the West Was Won and dozens more.

They, like the thriller and action adventure movies I saw, have helped me understand how to stage my story and keep things coherent and the timelines straight. Westerns have helped me to understand there has to be a hero in most stories—a hero that the reader can relate to. He may not be perfect, but he’s close enough that the reader is sure to root for him through his challenges.

I might. But all of the major historical events taking place in the West have been done so many times, it’s hard to think of new, fresh approaches to the story. But some of the not so well known historical stories might be interesting.

Good and bad, good and evil are the underlying themes in all Westerns. I do believe in the concepts of good and evil and that they need to be the basis of every Western—and of your life, as well.

That’s really hard to say. There are good and bad folk heroes, and they had equal influence because of the way the movies and the media have portrayed them to our generation. But since you’re putting me on the spot, I’d have to say it was the pioneers themselves who were the greatest American folk heroes. The pioneers had to have been some of the bravest souls ever to live. They took just the clothes on their backs and went west into the wilderness. They faced months of grueling hardship with no one to turn to if it got too rough. They either did what had to be done or died. They faced hostile Indians, not just a few, but hundreds of thousands from dozens of tribes. Wild animals, bears, coyotes, mountain lions and poisonous snakes. They had to hunt game and forage for fruits and vegetables to eat all while dealing with the cruel and heartless weather that the Great American Plains and mountain west are known for. And if that wasn’t enough, they had to deal with the outlaws. Men who either chose to go west because they preferred to live a life of lawlessness or were forced to flee west to escape the punishment they justly deserved for crimes they committed. Yet, even with all these challenges, the pioneers went west in search of a better life, of land to call their own. Some thrived and others died, yet they persisted and persevered. So, yeah, the greatest American folk hero is the everyday man, the pioneer.

I haven’t decided what my next Western will be about yet. I’m leaning towards an Indian uprising tale of some sort. Don’t worry, it won’t be too long before I write it. I have a couple of thrillers I have to clean up and publish, then I’ll get to play again. I consider writing Westerns as playtime, just like playing Cowboys and Indians when I was a kid. My next crime thriller is about a politician who has figure his way out of not one murder charge but two murder charges. It’s title is SPIN. Check out my other books too like Fatal Mistake, Apollo Road, Conch Republic, and The Fishing Trip to name but a few. Just put Author Cliff Roberts into Amazon, and it’ll take you there. Enjoy.

Yes, I write in lots of genres. Crime thrillers, mysteries, action adventure, horror, sci-fi and non-fiction. My next book out is a crime thriller entitled “SPIN.” It’s about a politician who has to try and spin is way out a murder wrap. Well… make that two murder wraps.

Reviews are hard to come by. So far, they have been pretty much what I had expected. Although I have only been writing Westerns for about a year, I have written a number of other books, and usually (there is always the exception), I receive reviews that are seventy to eighty percent favorable. Mostly four and five star. Occasionally, I receive interesting negative ones, like the one where they didn’t like it because they were expecting to read a thriller and they bought a true story dealing with religion. Go figure? Why they’d bother to write a review that had nothing to do with the book?

If you could travel back to the West and live the life of a cowboy—would you?

No, I don’t think so. Whereas part of the Old West seems romantic and peaceful, it was a very dangerous place. Knowing me as I do, I’d probably end up having to learn to be a gunfighter and fast because I don’t take injustice well. I’d be out there trying to stop the lawlessness and probably get shot dead. Maybe I’d even become an historical figure if I did. The quickest lawman to get killed. Ha, ha, ha.

You can find out more about Cliff Roberts, and his work, by checking out his Amazon author page. If you are looking for a taste of Roberts talent… Check out his latest western, “Draw!” You can download it here. 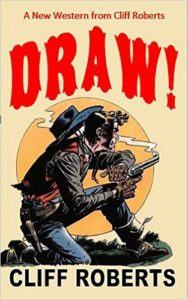