The Writer Goes Adventuring: An Interview with Author Dennis Gager 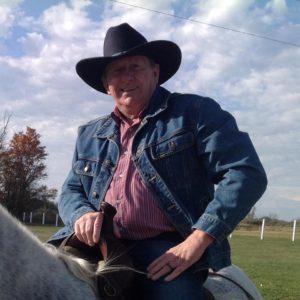 E.C. Herbert, better known as Al, was brought up in Laconia, New Hampshire. His favorite childhood game, cowboys and Indians, inspired a lifelong love of the Old West and its history. His favorite author is Ralph Cotton. He and his wife, Marion, live in Fort Wayne, Indiana.

This exclusive interview with E.C should explain why he has been so successful with his Western novels. He is a man who writes to entertain. So, let’s see what makes E.C. Herbert tick… Then, perhaps, we can head over and see which of his books we should add to our reading list next.

Let me start by asking you this question. Who is greatest American folk hero from the West, in your opinion, and why?

That would probably have to be Davy Crockett. Here is a person who truly believed in the cause and was willing to give up his life for it.

As a small boy growing up in the ’50s, TV was limited, so I started reading Dime Store Westerns and fell in love with whoever the leading character was. This carried on until I was sixteen and bought my first car. Don’t really remember why I stopped reading. Retiring from a lifelong career, it didn’t take me long before I felt the need to be doing something. I took a position as a field tech rep. where I would have to travel the whole USA.  My first away trip found me in San Antonio, TX. “Remember the Alamo” came to mind. Soon, I was actually standing right in the middle of that historic structure. The rest is history. Over the next ten years, I was able to travel to and visit all the WILD WEST locations I read about as a boy. Tombstone, Dodge City, Wichita, Deadwood… etc. A heart attack forced me to retire, and once again I started reading my ever-loved Dime Store Westerns from the local library. Soon, I had the desire to see if I could write one. This now topped my “Bucket List.” My first Western, NEW DAWN at TWIN ARROWS, got written and published that first year. Another heart attack, two strokes, and having the first stages of Parkinson’s benched any more travel. Having enjoyed writing, I soon was on to writing another. GHOST RIDERS of BLOODY CREEK, BOUNTY HUNTER and NO MAN’S LAND followed. Now I am in the first stages of writing another.

Have you ever been surprised by how many Western readers there are in the world?

Not really. Having been around for a while, not too much surprises me. If I was looking at income from my Western books, then I would say there aren’t many Western readers in the world. In that case, I would have to be surprised.

Not so sure it does anymore. The Western way of life was pretty simple. Although it was a hard way of life, most folk were happy with what they had. Today, Western movies paint a different picture. The American way of life today has an entirely different meaning.

WOW!! I really liked John Wayne, so my first choice would have to be THE ALAMO, THE COMANCHEROS and THE MAN WHO SHOT LIBERETY VALANCE. Newer movies: the LONESOME DOVE series, THE QUICK and the DEAD, and, of course, SILVERADO.

I really can’t say they did other than help guide me through using right words and phrases: I found myself leaning back in my chair and saying out loud: “What would John Wayne say, or what would Augustus say, or Captain Woodrow Call?”

The four books I have out have lots of historically correct events in them with fictional characters. I don’t think I could write about just one event such as the Alamo.

For the most part, I think the reason people read books or watch movies is because they want to experience the good feeling that comes over them when their character “lives happily ever after,” once they successfully make it through the bad things in their lives.

It is another Western. The main character is a U.S. Marshal tracking down someone who is counterfeiting money to be used to fund the assassination of the president. Not only does he have to track down the counterfeiter, but also an assassin.

I really don’t know how to answer that question. I guess it would all depend on your reason for writing. Writing for your own enjoyment, for enjoyment of the reader, or for income.

Probably. The last book I wrote, NO MAN’S LAND, takes the reader back and forth between 1847 with the migration of the Mormons settling into the Great Salt Lake Basin and a present day female author looking for her next number one seller.

I have not weighed that yet as I have just started to promote my books and am getting name recognition out there. I hope they will love them. I think that’s the wish of every writer.

Why don’t you check out one of E.C. Herbert’s great Western novels? You may be interested to know that “No Man’s Land” is now available as both a paperback, and as a Kindle download. You can also check out other great E.C. Herbert books here. 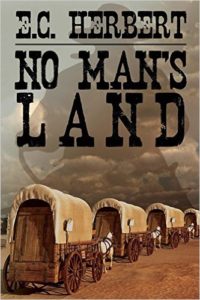