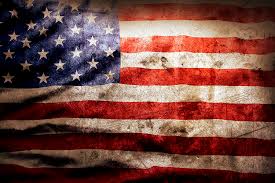 This interview is with bestselling author Cliff Roberts. His political thriller series “Reprisal” has been a constant seller with all three books in the series hitting the ‘#1 spot in their respective charts. This interview is all about the conception of the books, and how the political scene of today caused him to write the books?

What do you think is wrong with America today politically?

It’s hard to say exactly. There are so many problems. But chief and foremost, I believe the biggest problem is the fact that the vast majority of politicians aren’t in it to better America; they’re in it to better themselves. They view politics as a career that comes with entitlements based their holding the office. Jefferson had it right when he strongly suggested we adopt the gentleman politician format of government. You only serve a short time and then step aside and let someone else govern. I know many will say it won’t work because they won’t know how to get things done in Washington. I happen to think that’s part of the problem—those entrenched in Washington, who know how the good old boy system works, work it to their benefit while foregoing putting the country first. The fix for American politics is forcing out those who don’t put us first and completely eliminating campaign contributions. To do this, we need to limit the amount anyone can spend on getting elected. That would include the use of PACs.

What do you think really caused this?

I can’t say what or who caused it, but it’s been noted throughout history that power corrupts. The long term tenures of many of the politicians in this country has led to corruption and greed. There is a whole group in Washington that believes it’s their right to be a senator or a president. The current primaries are rife with the politically entrenched, complaining that Trump doesn’t deserve to be president because he’s not one of them. That mindset is what is wrong with the government.

Was the unrest in the political world one of the reasons you wrote the Reprisal! series?

Absolutely. Our system is upside down and inside out. The politicians think serving the public means they get to line their pockets with sweetheart deals or donors who, in turn, return the favor with big campaign contributions. It’s so bad, foreign governments are sending immigrants to our nation to become residents so they can form PACs and influence elections. It’s already happening. The Islamic nations give away millions to American politicians through speaking engagements and PAC contributions in order to ensure the politicians use politically correct language when talking about Islamic terrorism. It’s always the radicals. Trust the moderates.

What is the Reprisal! series really about?

Reprisal is about America today (or the not too distant future), when the American presidency is hijacked by a greedy, self-important individual who, in his lust for power and wealth, will stop at nothing to get it—lying, cheating, stealing, even murdering those in his way. The president is amoral and without any concern for the people or the country that elected him. It was just a means to an end. For the right price, he’ll enact, through presidential decree or executive order, whatever the donor requires even if it’s a foreign power bent on destroying America. When America is attacked through a devastating act of terror, this president refuses to go after the true terrorists and instead forces the FBI, through intimidation of the director, to chase domestic terror suspects. Enter billionaire businessman Steven Howard and retired Chairman of the Joint Chiefs, Charles (Chip) Clarett, who, through patriotism and personal loss, are drawn into direct opposition to the president. They begin a private war on terror, taking the terror to the terrorists with no holds barred. If the government won’t protect America, they will. Their private war quickly becomes a battle not only for America’s survival, but for their own, as the president feels threatened by them when they speak out against his policies of neutrality towards Islamic terrorists. As the story continues through the follow-up novels, Howard and Clarett discover the depth of the president’s betrayal, along with his goal of becoming the first American dictator, and they boldly take steps to end his destructive reign.

Why did you choose the title ‘Reprisal!’?

I chose the title Reprisal! because the premise of the story is that of America coming alive and reclaiming its rightful place as the world leader; the true super power as we were after World War Two. Plus, there is a second meaning in the story: it represents personal revenge. Revenge that General Clarett is out to extract for the death of his daughter-in-law and grandchildren. Revenge by Steven Howard for the attack on his family by terrorists who nearly killed them.

What do you think the message behind the Reprisal! series?

That America is great. It’s not perfect, but it’s the best on the planet and getting better every day because of the American spirit not the political system (which, by the way, the American public doesn’t feel they have any real say in anymore as the laws are being changed to reduce our freedoms and to reduce our way of life to the standards of the third world). We shouldn’t let outside forces dictate to us how we should live. We need to be America, the Land of the Free, and act like it.

Can something like the events you write about in the Reprisal! series ever happen?

Sure, they can. In fact, they are happening all around us, only we’re not being told about them by the American media. The war on terror is worldwide. It is the Third World War, in my opinion. It has been waged for centuries under different names at different times, but it is a war nonetheless. It is a war being fought over idealism, one way of life against the another. In this case, it is good against evil.

Has anything from the series actually happened?

Yes, but I’ll leave it up to you to discover as you read the books. Why spoil it for you?

Why do you think America is in such turmoil politically?

Because America has had it so good for so long, the average American is plagued by apathy. They are focused on their families (and rightly so) and making a living. Television has brainwashed us into believing we don’t need to pay attention to the political happenings in Washington since the government is our friend and benefactor. Sure, we all joke about how bad it is in Washington, but how many of us actually try and do something about it? We become so used to the scandals and the politics of personal destruction, we tune it out. We don’t challenge our leaders to be better because we don’t want the political attack machine turned on us. It’s safer to just go along and accept whatever the politicians demand.

Do you think readers who aren’t political can enjoy your books?

Sure, they can. It’s an action-adventure story with politics as a side story and underlying theme. It’s a story depicting man’s struggle against the system and those behind it. It’s a David verses Goliath-type story. Good versus Evil on worldwide scale. It’s heart-warming and devastating. It’s a story stolen from today’s headlines, predicting a future only a few missteps from becoming reality. Some parts of the story may shock you. It may make you mad, and that’s okay, because I wrote it as wake-up call. A call to wake up America to reality of the world outside our suburban homes and our constant struggle for financial success. The world wants to change us, force us to be like them. To be dominated and controlled by the wealthy and not by personal dreams and achievement. They want us to not be individuals striving to be our best, but sheep afraid of our own shadows, content to have whatever our masters deem we deserve. Above all else, Reprisal! is entertaining, exciting and one hell of a good story. If you take the time to read it, you will enjoy it.

You can start this great series today by downloading the first book in the series for 99 cents from Amazon today!