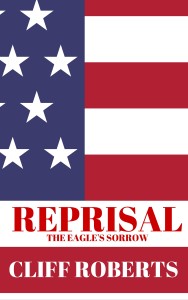 There was a time in the past when the world didn’t know who a Cliff Roberts was. Back then, there were no cell phones, there were no computers. There were just dinosaurs. It was their lack of knowledge about Cliff Roberts that caused that dog-gone meteorite to come down from space and kill them all. This is Cliff Roberts, “The King of the Indie Authors,” and he’s ready to take your questions!

Cliff Roberts burst onto the publishing scene in 2013 with his first major hit novel, “Reprisal! The Eagle Rises.” Several books in that series later, Cliff turned his attention to writing Western novels. His first three, “Shootout,” “Innocence and the Outlaw,” and “Connors Slate: Bounty Hunter,” have all been major sellers. Looking to continue his run of successes, he was swayed to join Outlaws Publishing earlier this year. Now, his first book for the company, “Draw!”, looks likely to be the biggest hit of the bunch.

Cliff currently lives in Tennessee and spends his time fishing, hunting and writing books. He has a quiet retirement, but still recounts one of his favorite writing experiences as a call from a reader. “Hello?” Cliff said, picking up the ringing phone. “When’s your next book coming out, Roberts?” a voice said on the other side of the phone line. “I’ve been waiting for six weeks to read the sequel to this damned ‘Reprisal’ book…”

Cliff, how did you get into this writing business?

I took early retirement to really enjoy spending time with my wife and family. As wonderful as my family is, I found I also needed something to stimulate my mind. I have been active in sports and business for most of my life. Writing gave me something to do, something to think about, and a puzzle to solve.

A puzzle to solve?

Well, every single job in the world has a problem you have to overcome, or a situation you have to handle, or a puzzle to solve. Take writing, for example. Writing is the hardest thing to do for many people. For others, it’s easy—but marketing is hard. I spent all my life in sales, but I can’t market my books. I hired a marketing guy who works out the puzzle, and I write books and try to work out how my marketing guy solves the puzzle.

Why Westerns? You had such a great run with the thrillers, but now you seem to be all about the Westerns.

Westerns are a pure form of entertainment that are loved by Western fans but overlooked by others. It has been my dream to write books that everyone can enjoy. My books are, after all, written for people to enjoy. I like writing about the beautiful country in which I live, and Westerns give me that opportunity. Westerns give me a variety of themes to write about. I enjoy the variety, and Western readers are some of the most loyal readers in the world. I love that, and I want to please them. From the fan mail I get, I seem to make them happy.

Without a doubt, they do. They say everything about the way our country was—and still is. America is a land of dreams, opportunity, honesty, love… love is the most important word in that selection of answers. Love is the one thing I like most about America. We Americans love our country; we love our way of life. The Western shows just how far people will go—they will kill, steal, fight and die for their love of our country, and for what our country gives them in return—be it gold, silver, money, property or a good (or bad) woman. The Western is the American dream on paper.

Do you enjoy the Westerns currently riding high on the bestseller listings?

Absolutely! I really enjoy John D. Fie, Jr., Chet Cunningham, Rick Jantz, G.P. Hutchinson, and all the rest. I’m a guy who likes to get every new Western that comes out, and I love to spend hours reading them. I’m crazy about thrillers, too, but Westerns hold a special place in my library—and Westerns are the books I always return to when I feel I need a shot of pick-me-up.

Where do you see Westerns heading in the future?

I see them continuing to reign high on the bestseller listings. The audience is so loyal they won’t forget the authors they have been enjoying for so long. They also won’t forget that new writers are hitting the Western scene every single day. I think there’s a big future for the Western, and I want to be part of it because writing to me is a lifelong addiction.

Well, the dream for most authors is to be published. But for Western authors, there’s very little opportunity out there to be published. Outlaws Publishing is an outfit that has been able to sign Western authors, promote them effectively and sell a lot of books. Look at their list—they have Frank F. Fiore selling like crazy, John D. Fie. Jr, and others. They have the market knowledge, and I felt it was time for me to give them a go. I like their chairman, I like their style, and I want to be in on the game.

Do you have any more thrillers on the way?

I do have another “Reprisal” book on the way—but right now I really want to concentrate on my Westerns. I believe readers will be really hooked by “Draw!”

Why did you choose to have new covers made for the “Reprisal” series?”

This is 2016. My covers were from a few years ago, but I want my books to be representative of what is happening right now in the world. The Middle East is still bubbling over. The good guys are still fighting evil, and evil is still fighting the good guys. The year may have changed, but the message of “The Reprisal Series” is as alive today as it has ever been.

Do you think “The Reprisal Series” offers a possible future for the route the world is currently taking?

Reprisal is fiction. But it’s fiction built on a sea of fact, and feeling. So, yes, it could represent the future. But it also represents the past, and it represents the now. Not to sound too much like Yoda, a lot of what is happening now was written about in those books. But the end is not in sight yet. I could have answered this question by saying, “Who knows?”

How do you feel about the movie industry—and why hasn’t “Reprisal” been made into a movie yet?

The whole series was optioned, but they chose not to make it into a series of movies. That’s the way of the movie business. It’s either all go, or slower than molasses. Over the last few years, I have read several great Indie books that have never been made into movies. Look at Lloyd Tackett. He wrote some real doozies. Did they make them into movies? Not at all. It’s just the way of the industry. Maybe “Draw!” will become the movie. Who knows?

Where can we find your new book, “Draw!”, and will there be a sequel?

You can find it on Amazon worldwide. You will also be able to buy it at one of my book signings, and it will be available through my new website soon. There will be a sequel, and that sequel will be coming out in Summer 2016. 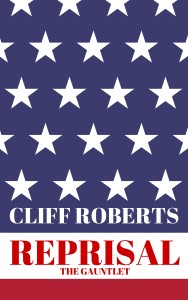 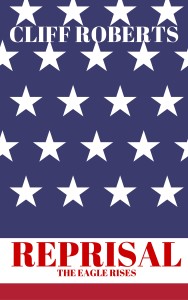