Author Rebecca McLendon Takes To The Skies and Hits Gold

Breaking Through The Creative Wall by Christoper C. Meeker 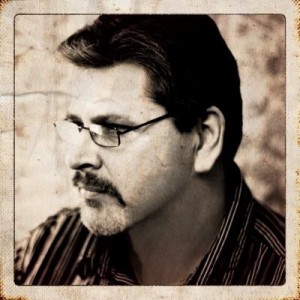 As fiction writers, it is our job to entertain our readers through our words. There are times, however, when it becomes a struggle to come up with new ideas for that short story or novel you’re attempting to pen. Every writer suffers from a creativity deficiency at some point in their career. They hit a creative ‘wall’ of sorts and find themselves in need of a little extra push in the right direction. Some method or activity is needed to help them break through that creative wall so that the words they write once again sparks the imaginations of their readers. I’d like to share here with you some of the methods and activities which I’ve found to be very useful. The list is by no means comprehensive, but it is my hope that you might find at least one or two of the suggestion to be helpful.

Grab a piece of paper and a pen and write down every idea you have whether good or bad, interesting or mundane, and write until you have run out of ideas altogether. Now take the list you’ve just made and start crossing out those ideas that you know just don’t work or don’t fit with the current project. You will be surprised to find that some of the things you’ve written down are actually quite good and have lots of potential. Expand on these ideas until you have something that can be fleshed out and made complete. I use this method often when I am trying to come up with the next novel or short story I want to write.

Critiquing is a great way to ramp up creativity, as well. Fresh insights from a trusted colleague, friend or relative can shed new light on an otherwise obscured idea. Many times I’ve had someone read my work and say that they really liked it but wouldn’t it be cool if such and such were to happen. Most of the time their ideas, even though they went unused, were quite helpful in giving me my own ideas which I then developed and incorporated into the piece I was writing.

The very definition of insanity is doing the same thing over and over yet expecting different results. Attempting to write when you have hit that creative wall is a lot like that. If you are sitting at your computer day after day and not getting anywhere maybe you should switch up your methods. Try writing with pen and paper or perhaps even dictate into a small tape recorder. I have heard the latter works quite well for people who have hit the wall though I have never used that method myself. I hate the sound of my voice so much I don’t think I could bring myself to play it. The bottom line is take yourself out of the rut you are in and approach your writing from a different direction.

Grab A Bite To Eat

Take a break and grab a bite to eat. Go to the kitchen and fix yourself a sandwich or run to your favorite fast food restaurant for a burger.  Hey, it worked for George Lucas. Lucas claims that the idea for the design of the Millennium Falcon was inspired by a hamburger with an olive on the side as the cockpit. Eating helps relax the mind, and when your mind is relaxed it is better able to think creatively. Use that to your advantage. Don’t do it too often though, or you will end up hating your bathroom scale.

Get Away From It All

Move away from the computer! Getting away and doing something other than writing is often times the best method for breaking through the creative wall. Some writers find that going for a walk or listening to music is a great way to get back on track creatively. Other authors prefer watching an old movie or perhaps taking a hot shower. I like to go for short drives through the country for about a half hour or so, and it was on just such a ride that I had a breakthrough with my most recent book. I wanted my book, a steampunk retro-scifi novel, to stand out from other books in its genre but didn’t quite know how I was going to do that. Not thinking about anything in particular, it dawned on me while I was driving. I would write my book in 19th century styled prose. One of the sayings I came up with, and a favorite of mine is, “What you can say in two words I can say in a hundred.” I get a chuckle from it almost every time. In any case, I rushed home and began to write HAWTHORNE: Chronicles of the Brass Hand. I had broken through the creative wall, and eight months later the book was finished.

There are all manner of methods and techniques which can be employed to break through that ominous creative wall and there are many more still, I’m sure, but these are the ones I have found to be most effective for me. You are encouraged of course to experiment in the effort to discover what works best for you. Whichever method you choose, remember that there are no hard and fast rules so do whatever it takes for you to get through that wall.